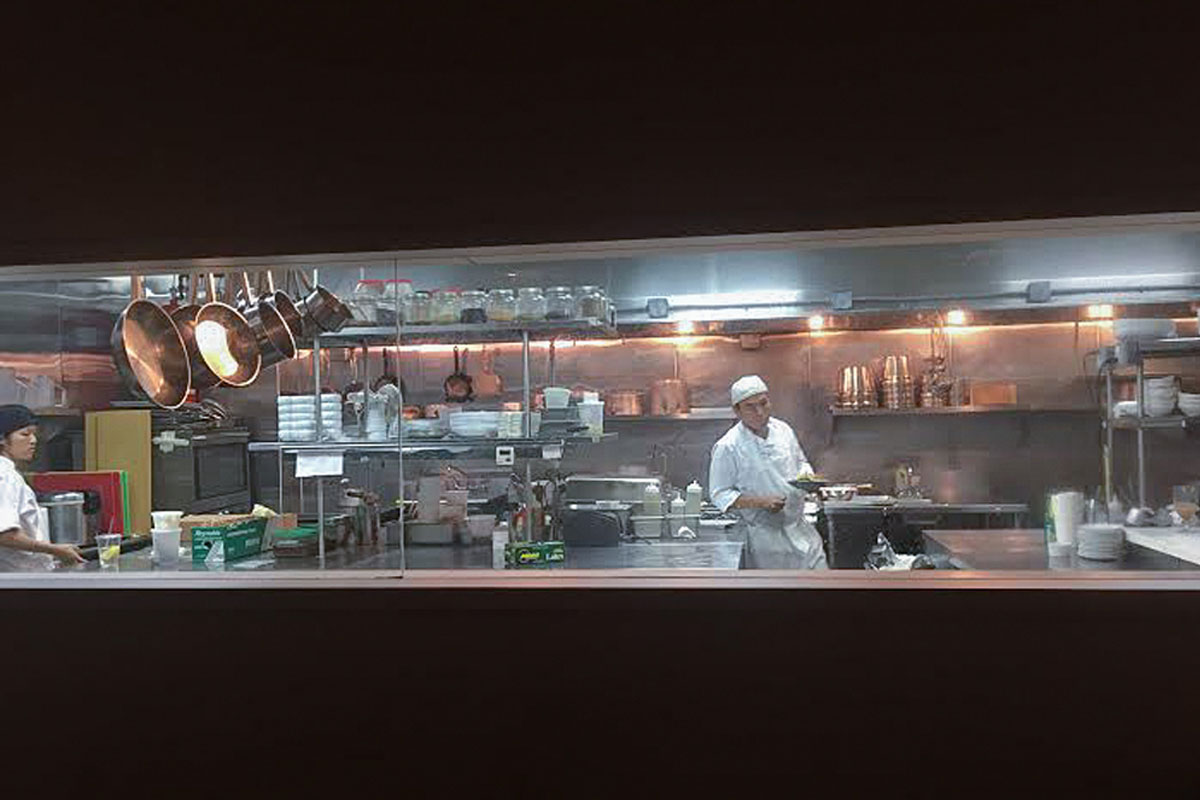 It’s all or nothing at 1or8 Japanese restaurant, which is located in South Williamsburg,in Brooklyn, an area in the shadows of the Williamsburg Bridge, near the middle of the middle of the east river BMW (Brooklyn – Manhattan – Willliamsburg bridges, informally and in that order seen here.) This quaint, stark sushi bar/Japanese atelier is as it appears. Past the bar at the uninspired entrance one enters a cavern of a space that is stylish, almost dreamlike, with white washed exposed brick, IKEA-ish blanc de blanc banquettes and a long sleek sushi bar ladened with leather stools fashioned with reason, they spin – as well as pleather chairs (see here), all are wipeable and moveable, in and away from the counter, all night, without any making a sound. Quiet. Very Japanese. Even for Williamsburg.

The service from the get was warm and friendly. We were asked to wait “one moment please” by the owner, who was, herself, on the phone (explaining to a customer how she would get the credit card that he left in the check presenter, fedexed overnight, nice!) After a moment, like she said – (genuine gestures are always appreciated) we were seated. The dining room was large (very deceiving from the street,) white, minimalist – decorated with white painted tree branches, a pseudo Greek feel, (as it was told to me) and playing ever so softly in the all white background was very eclectic street music, Alicia Keys & Matsiyahu accidentally played on repeat three times until it got “Pink.” There is a subtle ambiance and really interesting people watching going on here, not one hipster fedora at the hat check and the only plaid shirt in sight was (ahem!) Burberry. See, Williamsburg seems to have gone a bit soft and welcomed a few bohemian Madison Avenue model types into their hood. Spoiler alert, with all the filming in Dumbo recently, (at the foot of my office, actually) it was no great surprise to see a few stars from “Gotham” at the sushi bar on the night I dined there. That is always cool – even for a seasoned NYC star spotter and Page Six contributor.

It is no secret that Japanese food has become one of the most popular cuisines worldwide. But what makes this particular Brooklyn fare so special is that, like its French foodie companions, the cuisine is elegant and healthy and simple. At 1 or 8 it is sincere authentic Japanese, (they take their food very seriously) with freshly made and really tasty sushi (much of the fish is flown in from an undisclosed location in Tokyo.) However, the cooked entrees seemed less important (we came for the cold stuff, but it did get hot as the courses came out, and they were just fine.) We could see how they cooked all that heated love in a really tidy open air kitchen. That was a little sideshow for those of us whose IPhone batteries ran low. The food overall was traditional, and very good. We always order safe – miso, pan fried shrimp & watercress dumplings, seasonal veggie tempura, tons of fresh sushi rolls (with sea urchin and spicy scallops, the favorites) and I very much enjoyed the Atlantic salmon nigiri, very smooth, with a miso crusted crunch and a tad of hot wasabi shiso for a kick. The stand out for me, was the octopus tartare in a garlic puree – that I would order again. Sake menus are lengthy and intense (we were told.) Desserts were sweet, the prices sweeter, far less Madison and much more Wythe Avenue – very reasonable considering the fish airfare and all.

For the OOTowners and the Bachelorettes, there is also a party inspired farm to table farmers table at the orchestra level, which is front and center to the kitchen dramatics, the chef’s tasting menu location and right near the bar – which is open for lighter fare until 2am……

The name of the restaurant 1 or 8, (is a Japanese gambling phrase meaning ‘all or nothing’) and so, we joined the game, took our seats, and placed our bets and it was a win/win all around at this Williamsburg gem. 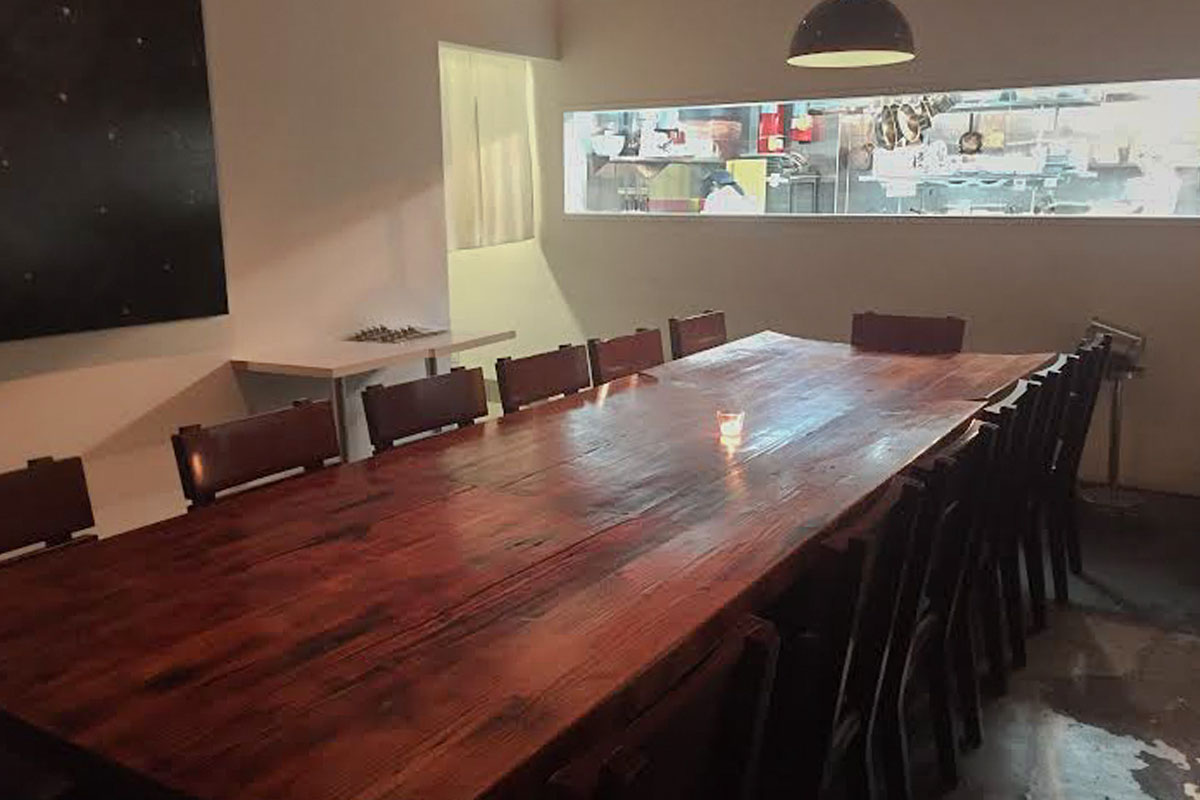 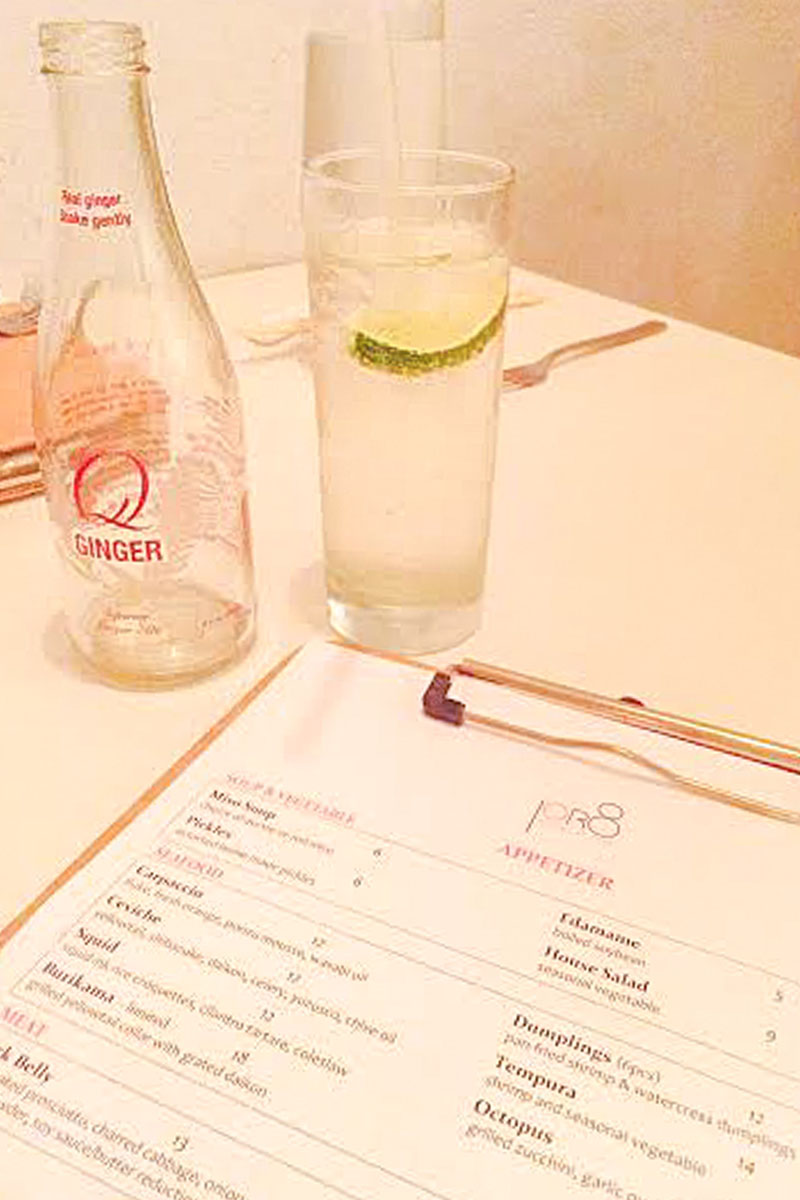 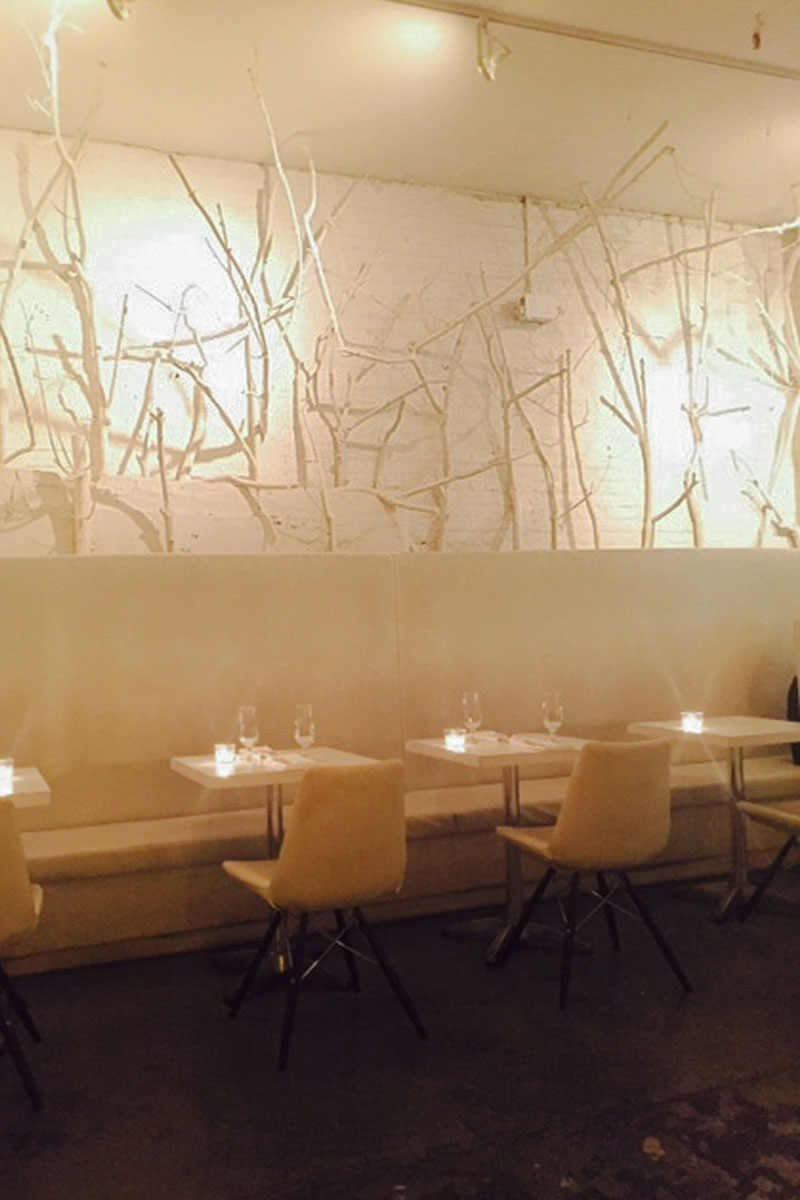 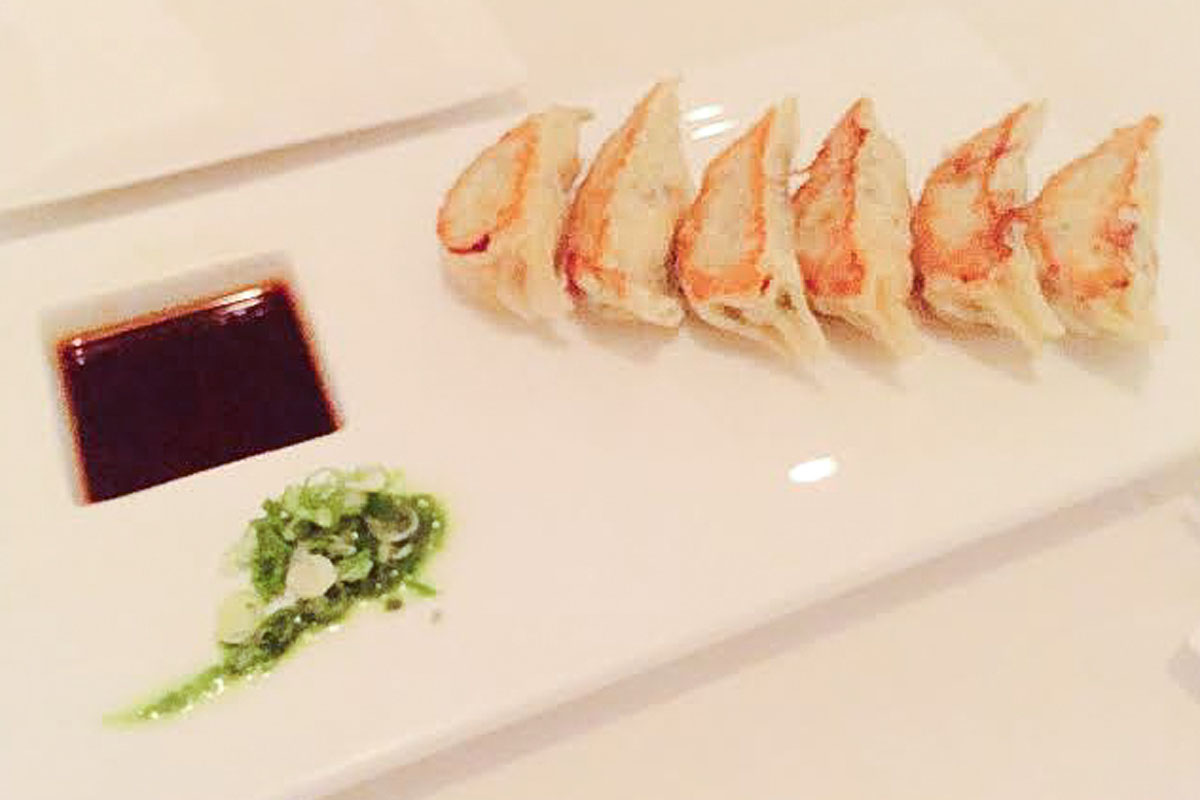 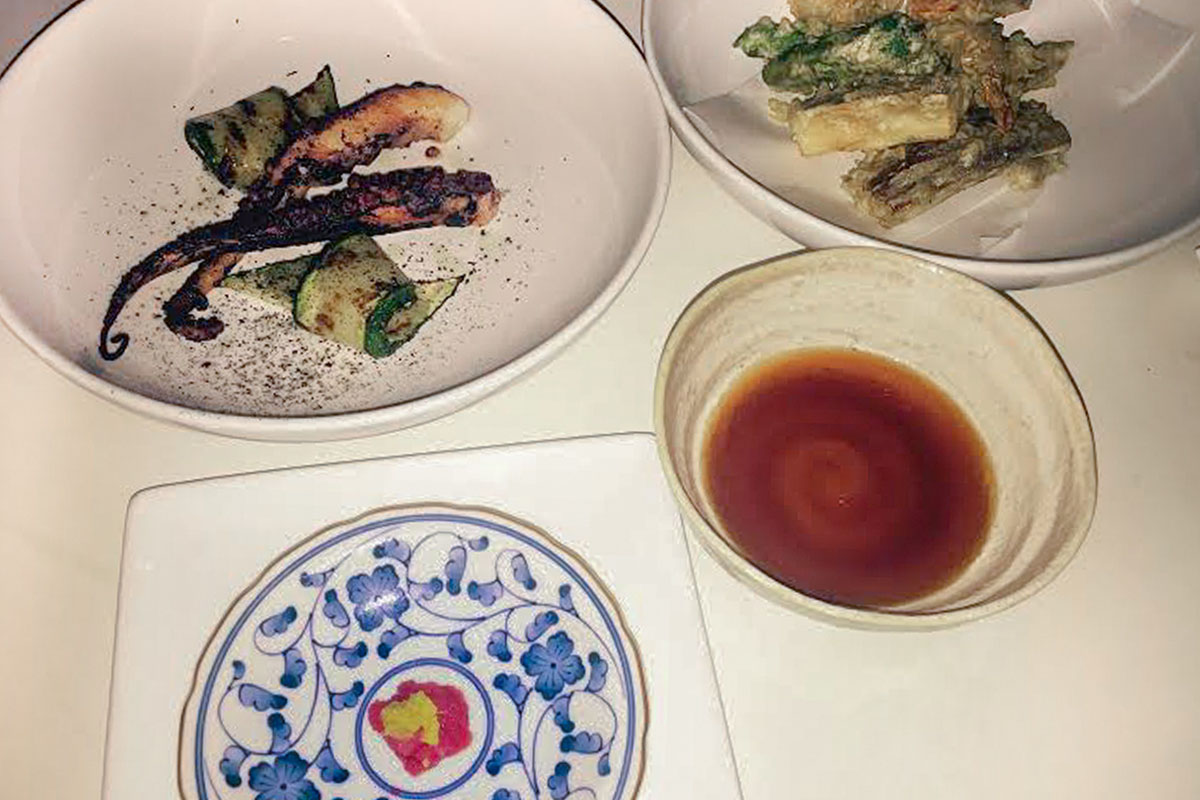 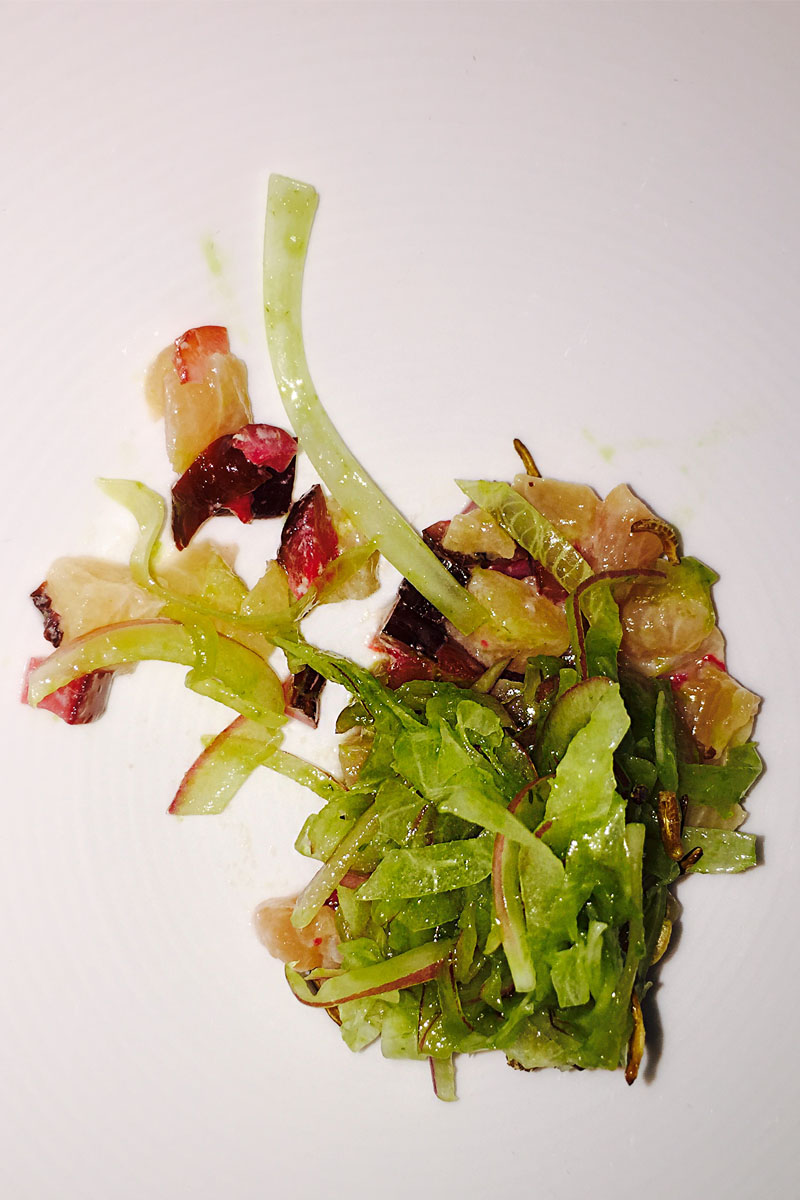 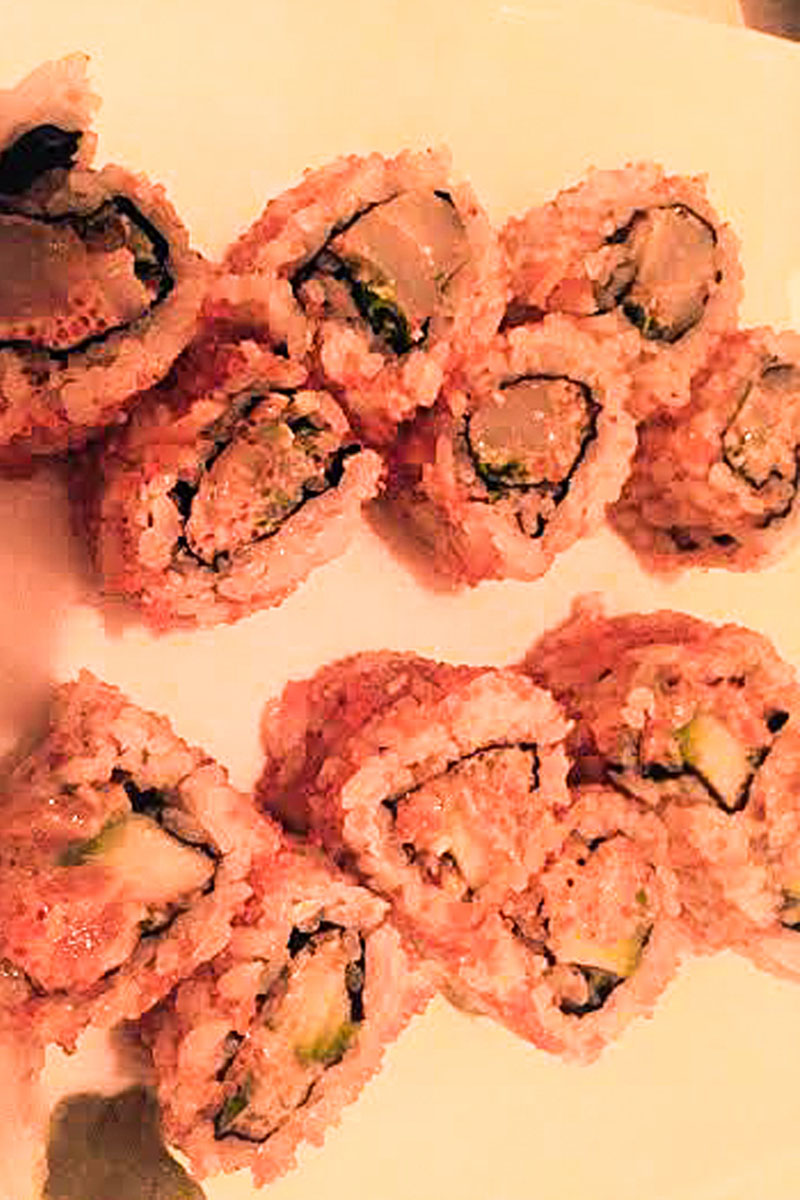 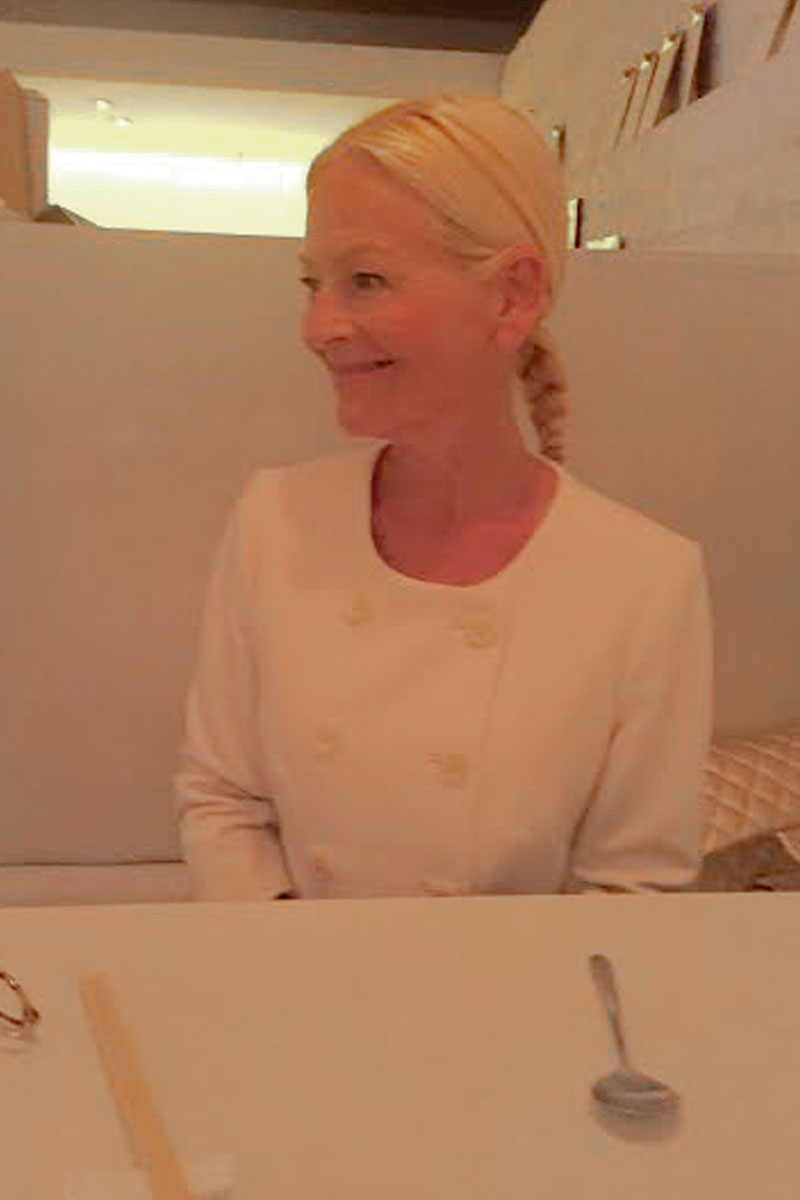 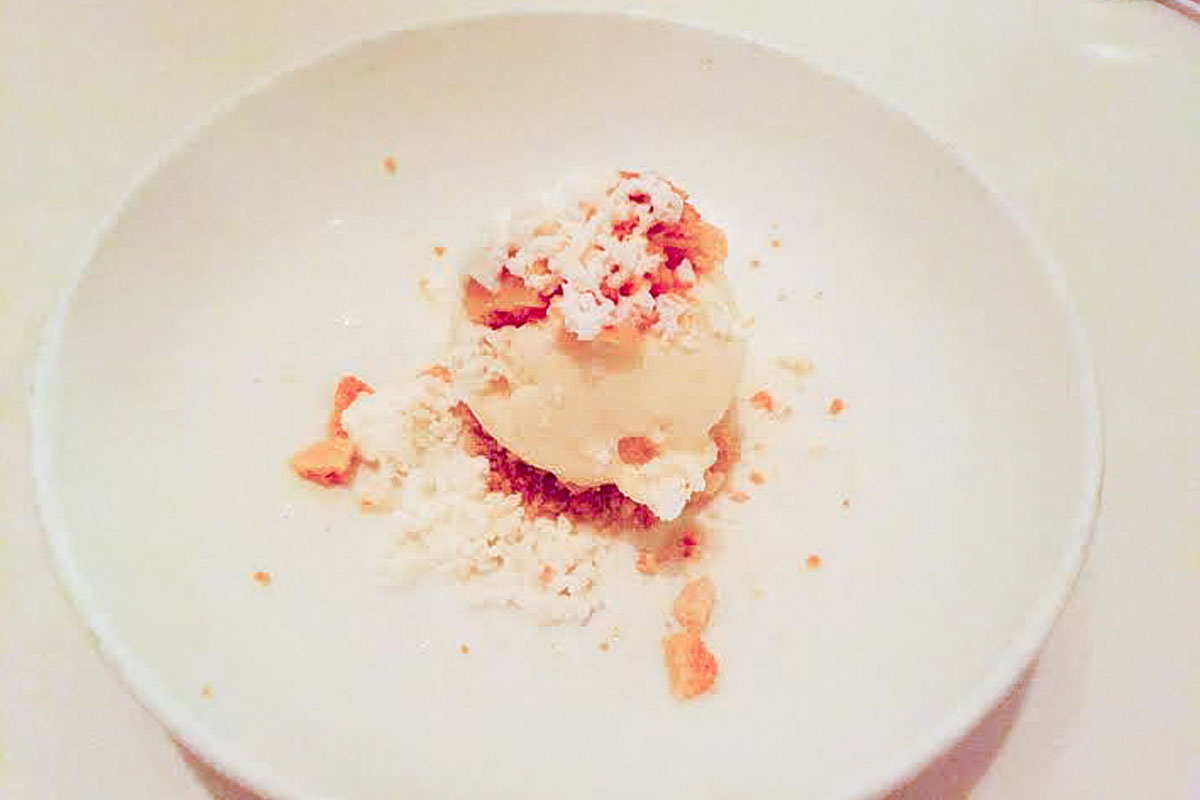 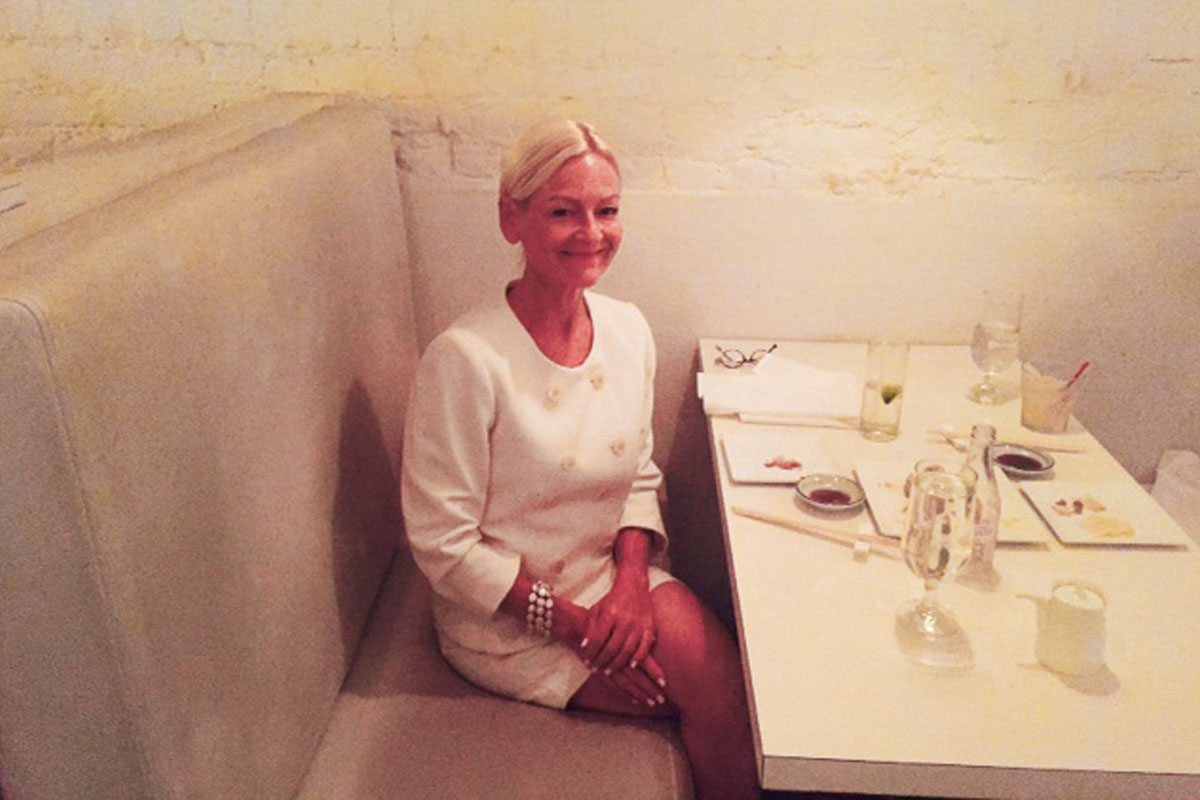