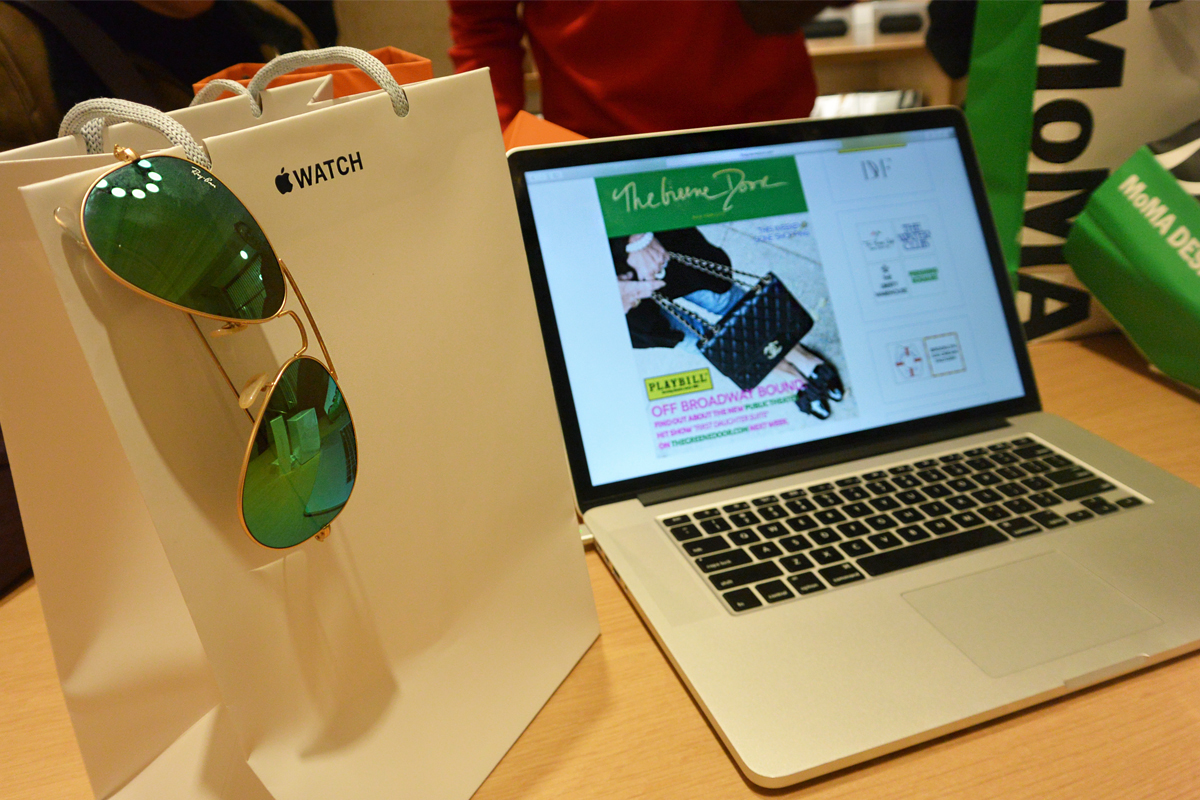 Apple’s latest NYC shop has opened at Madison Avenue at 74th Street on the northwest corner. I never, ever walk on that side of the street or even look that way when I am driving, as I am always interested in what is happening at the old Whitney Museum space across the street. I was recently taken back by the discovery that what once was a an incredibly beautiful 100 year old bank building is now the newest NYC Apple outpost. The new Mac space is in an historic Beaux Arts building on the Upper East Side that was the U.S. Mortgage & Trust bank, designed and built in the 1920s.

Apple left the ravishing rind of the facade, but took a bite out of the stoic interior and modernized the street level with signature Apple fashion. What was once an historical interior design has gone mod – the ceilings are massive and the classic Apple stations line the interior like the cosmetic department of any hip department store. Oh, and there is a lot of marble and spot on recreations of the original chandeliers that once hung in a space that used to help people save their money, not spend it. This historical design information was given to me by a seasoned Apple techie. The very smart phone salesperson that I was assigned upon entry was a groovy hipster that worked with me like a whirling dervish – organizing my upgrade, recycling my old phone (a sort of green exchange), downloading a holiday promo discount, assisting me with a color choice, setting up the new features on the, sleek, silver I Phone 6 S+ (that we chose in tandem) and he even offered to snap a few pics for The Greene Door – that was sweet. And when I casually asked him the time, he showed it to me on his watch in the Apple patch (oooh…) and before I knew it, he showed it to me again on MY new Apple Watch that was also unceremoniously added to my Apple Cart.

Fun fact, while I was waiting to get all my goodies, I meandered downstairs and into the original bank vault on the lower level of the shop which has been redone as a VIP salon, (every tony store on Madison seems to have one) where the uber applers gain special entry. The vault is for those BIG APPLE shoppers that are interested in the $10,0000 Apple Watch Edition. It was a cute concept, piggy bancking (oops! I did it again) onto the city’s nickname, I thought. I remember that there was a Frank Stella sculpture at The Whitney that once stood near by, the Apple East Side, that sold for less at auction. The luxury watches that are under lock and key had no apple pickers on the day that my wallet was picked by an overzealous, overachieving Apple picker. 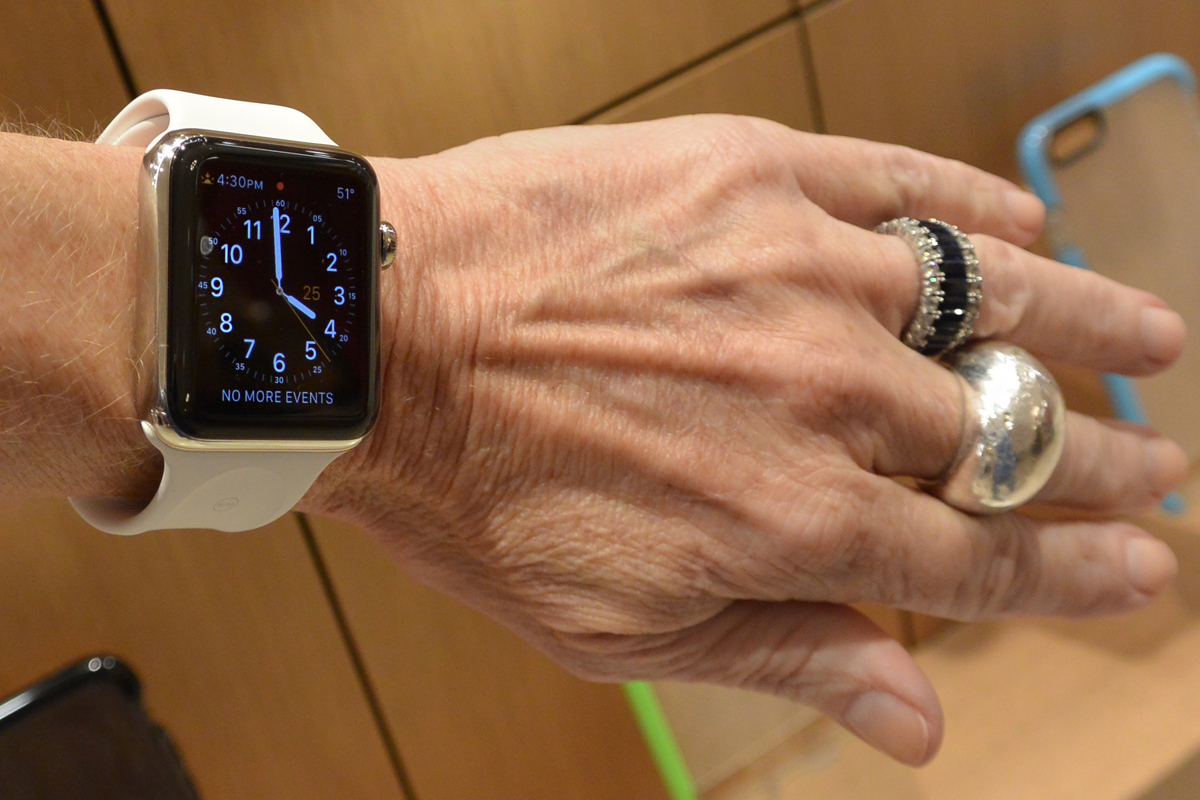 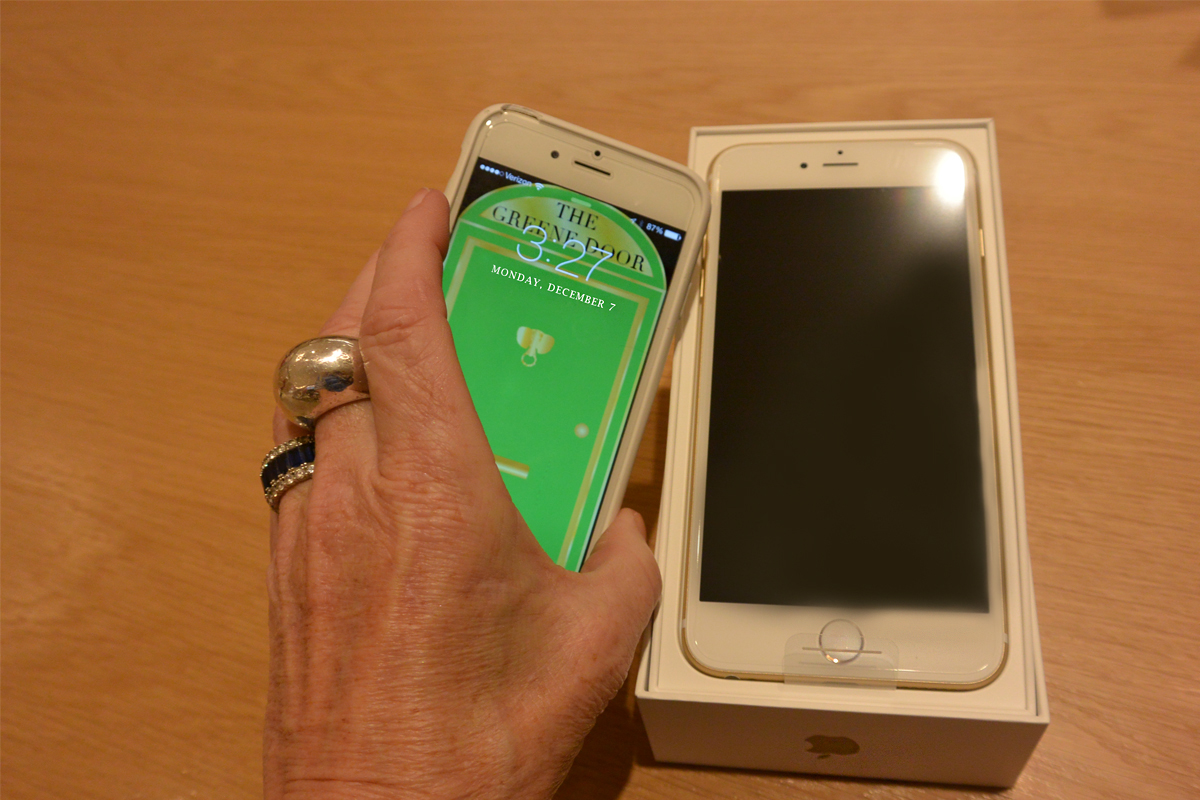 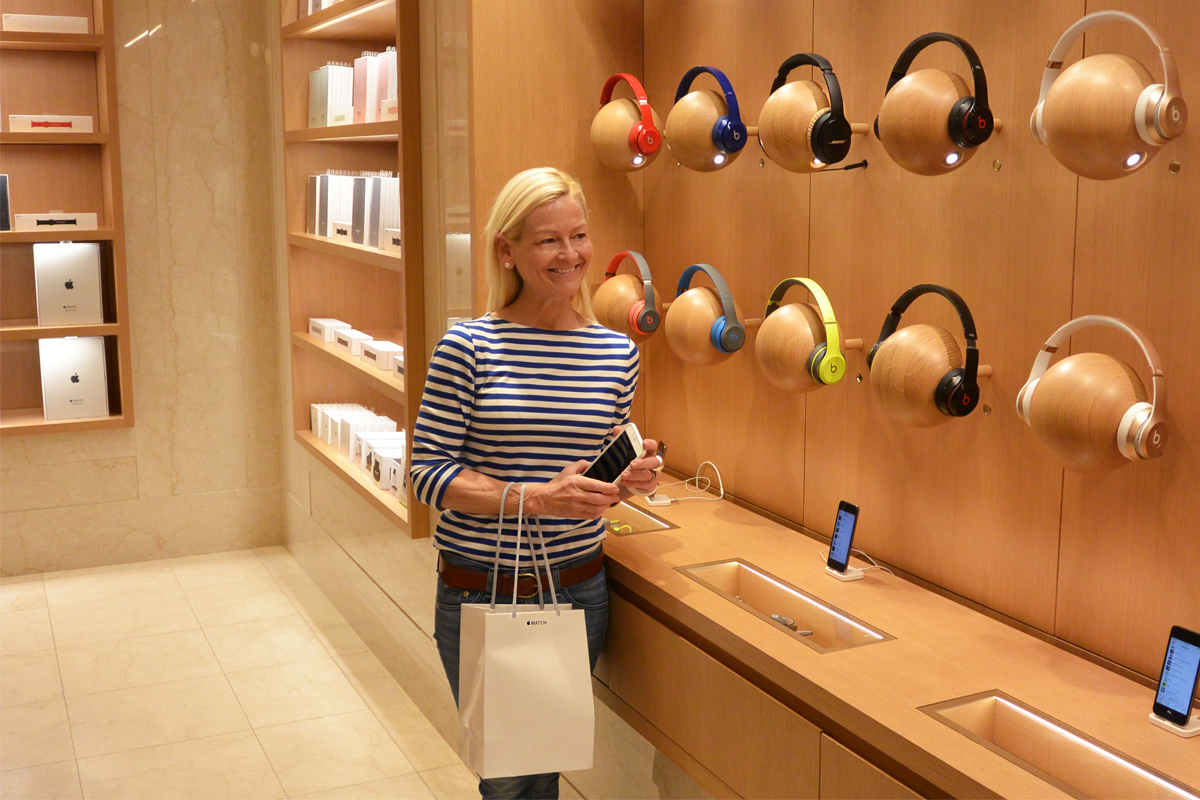 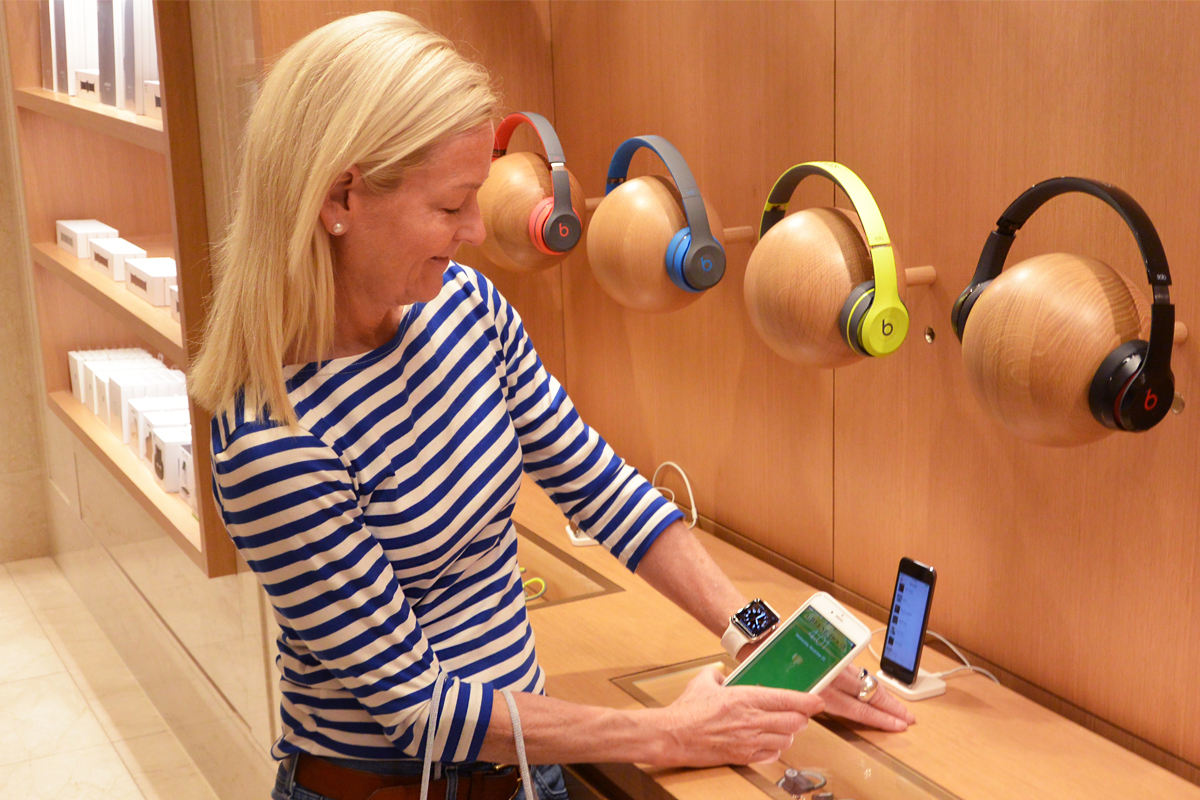 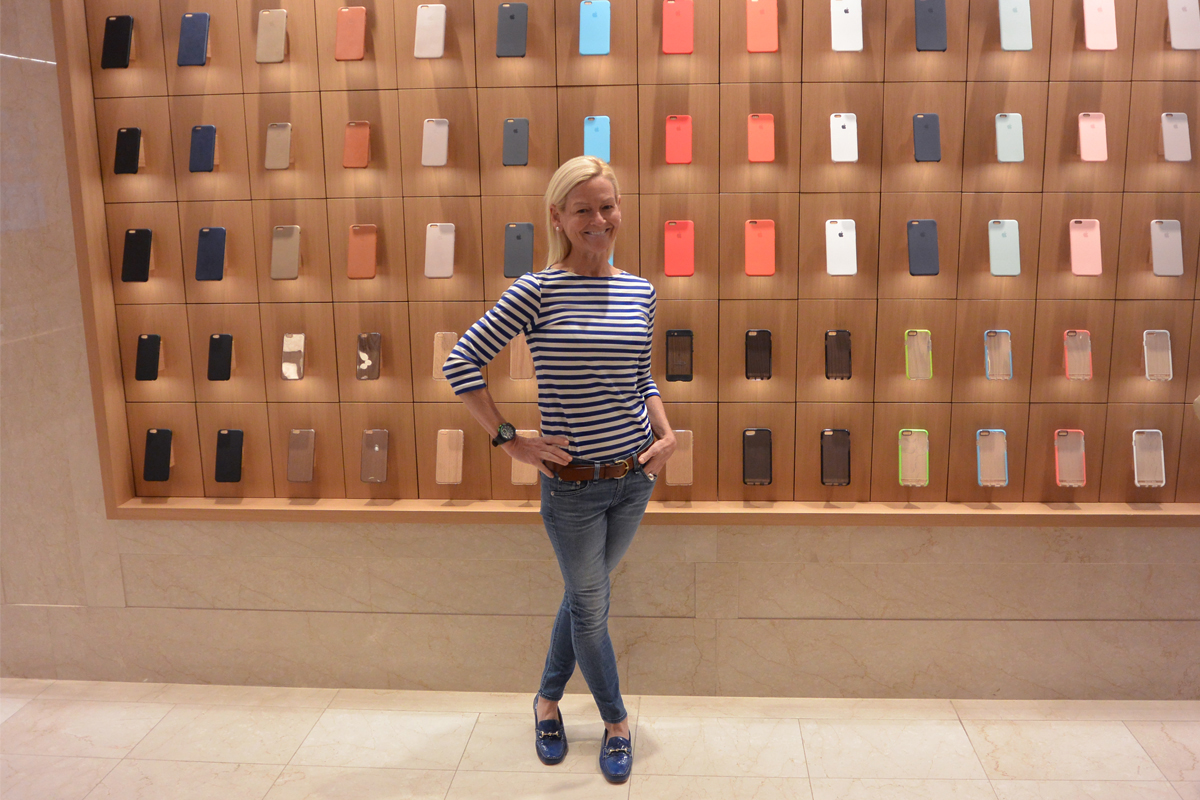 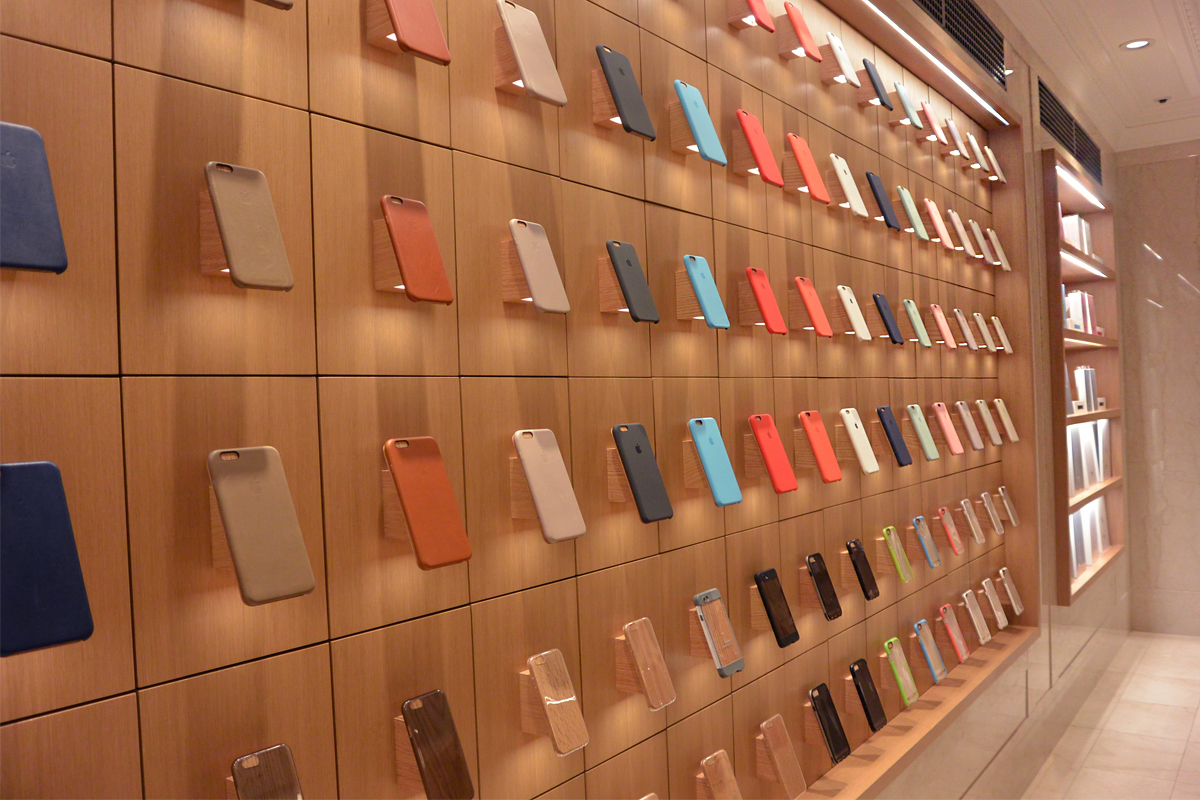 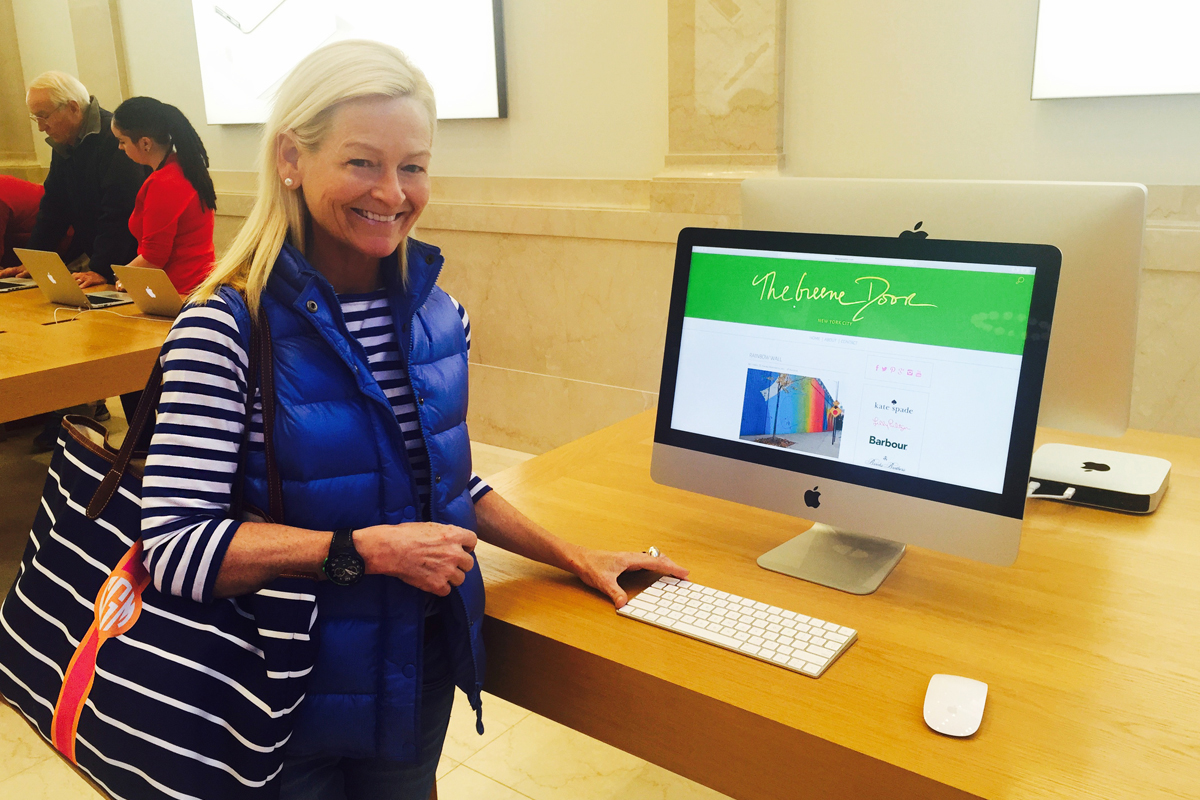 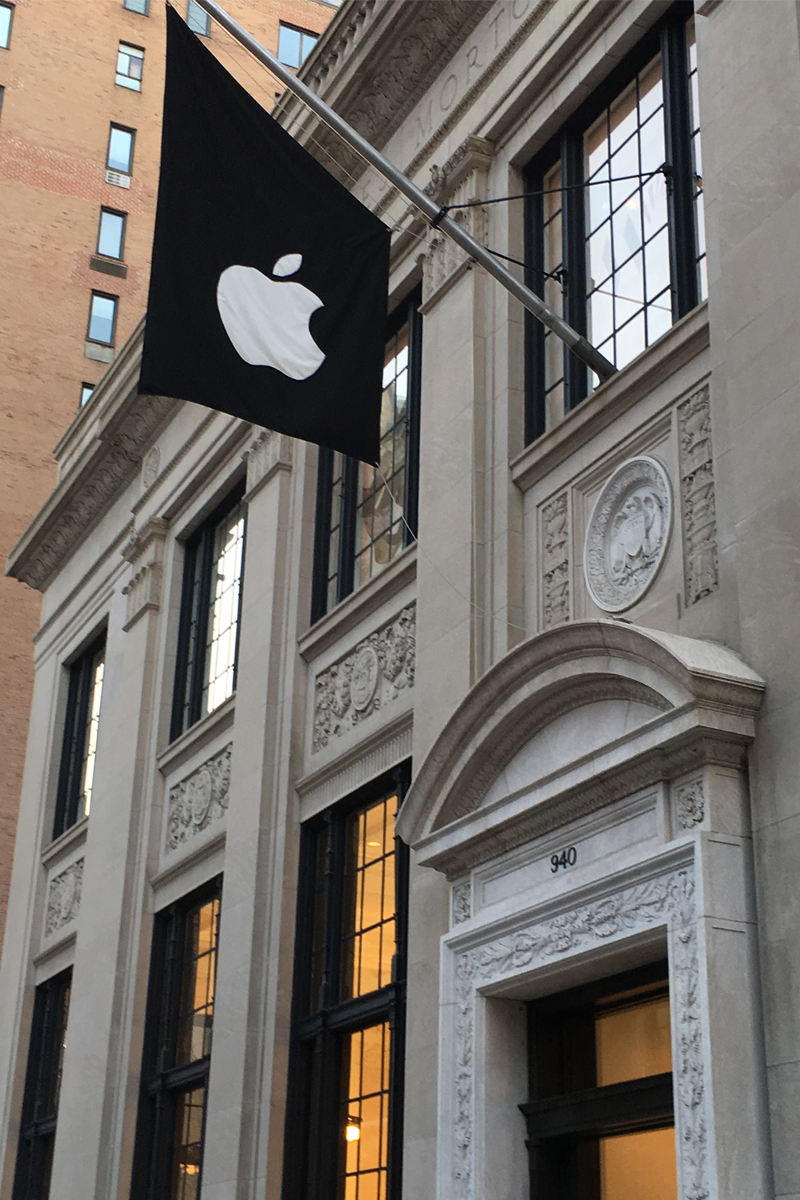