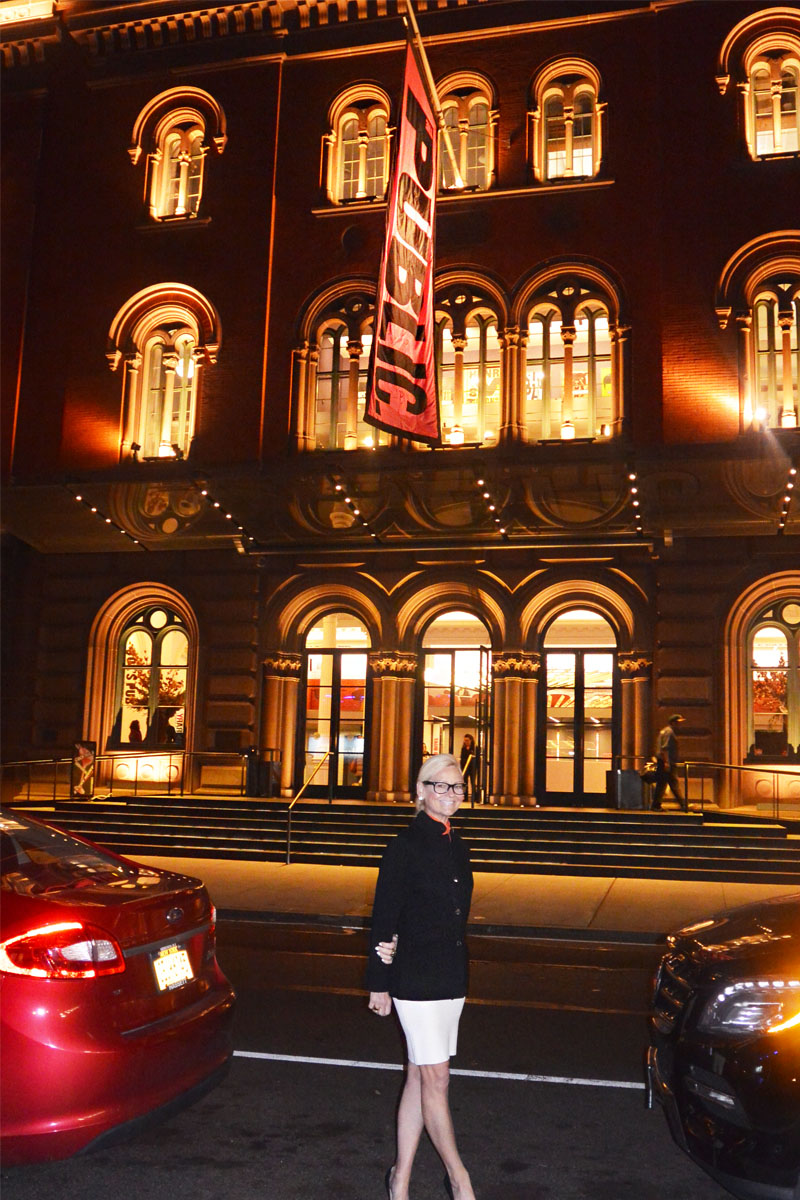 “First Daughter Suite,” by Tony nominee composer Michael John LaChiusa, is a wholly captivating new musical with a lush, resonant score about the lives (lived and lost) and dreams of America’s best-known First Family mothers and daughters. It is a touching archival fantasia presented in four short musical (one acts, if you will) stories following Patricia Nixon with daughters Tricia and Julie, Roselyn and a teenage Amy Carter, Betty and her hard, torturous daughter Susan Ford, Patti Davis and her ‘just say no’ while still not sober mom, Nancy Reagan, and big Barbara Bush and her daughter-in-law Laura as they each endeavor (on this provocative journey) to try and attain the meaning of life, while living as spectacles in the public eye. (Amy Carter would cringe at the eye props on her character, certainly, the 70’s specs were really something.)

The First women and their relationships are portrayed powerfully at The Public Theater (and for a limited run, Broadway whispers….) by an amazing cast of actresses, each with a show stopping “11 o’clock number” to loudly move along a story about the very essence of the troubled characters they portray and their frantic desire to be heard. Each of the actresses voice’s are gorgeous, the music is imaginative and very conceptual (not at all for the faint of heart, Rodgers & Hart crowd) and the acting is profoundly superb. Confined to a cozy and small theater in the round space at producer extraordinaire, Joseph Papp’s magical theater oasis on Lafayette Street, this ‘play with music’ or ‘musical within a play’ is a masterpiece of both words and music. It is brilliantly executed by nine wonderfully talented NYC women, a few, ‘stage royalty,’ who have been assembled to take us on a fantastical journey back in time. It certainly brought me back. Having performed at the Public Theater many times as a child and as a teenager, with my own mother waiting in the wings, (and the one and only Joe Papp, my friend and mentor, in the audience,) it is always a beautiful trip down memory lane to revisit this play land of sorts. And to get to see a show as vibrant in spirit and talent, (and with a very pregnant and hugely talented friend in the cast) about great, smart memorable women in complete and loving harmony at this stark, pretty redesigned and redefined theater Off Broadway is just icing on the cake. First Daughter Suite is just that sweet. Encore. Encore! 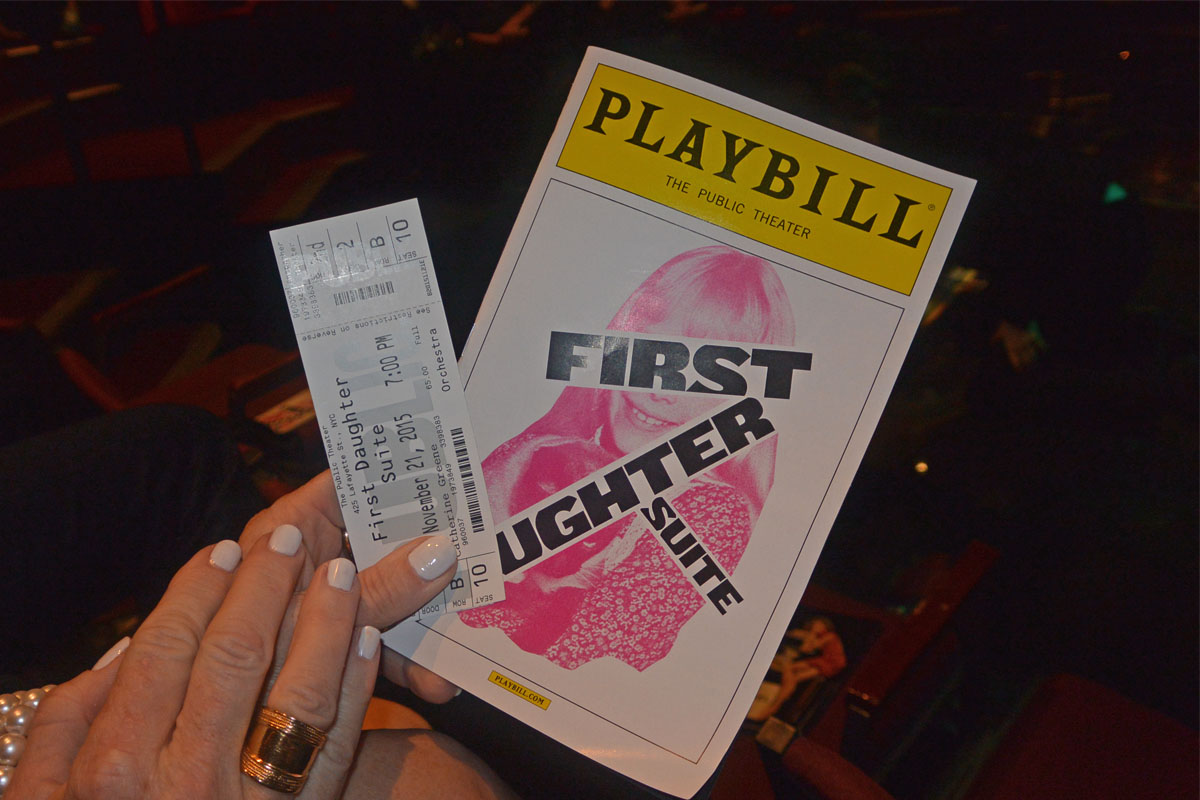 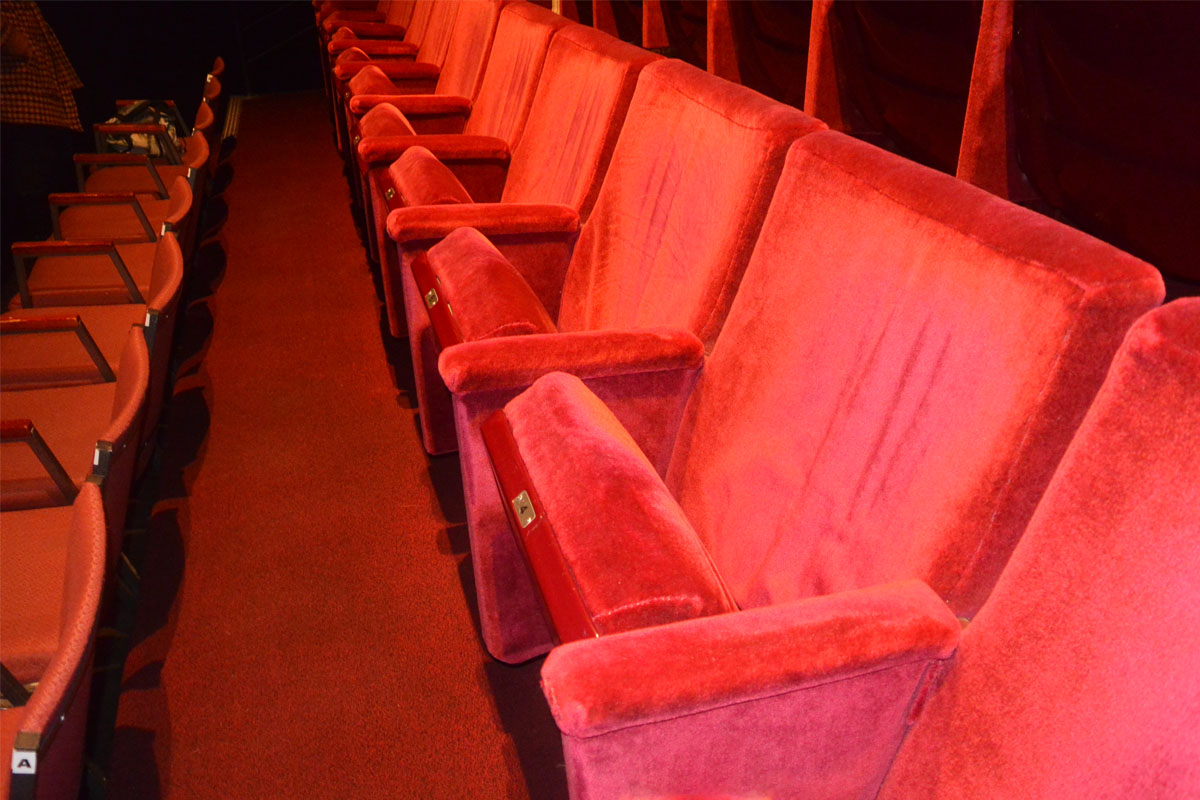 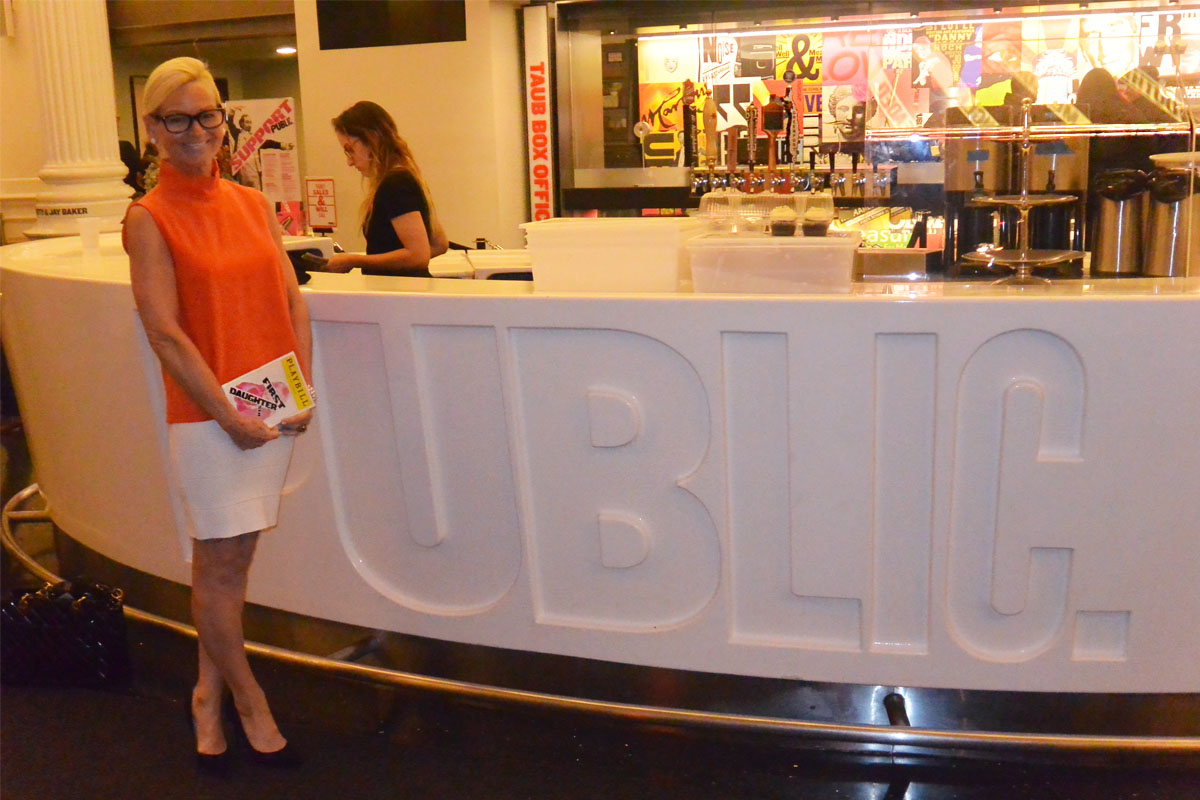 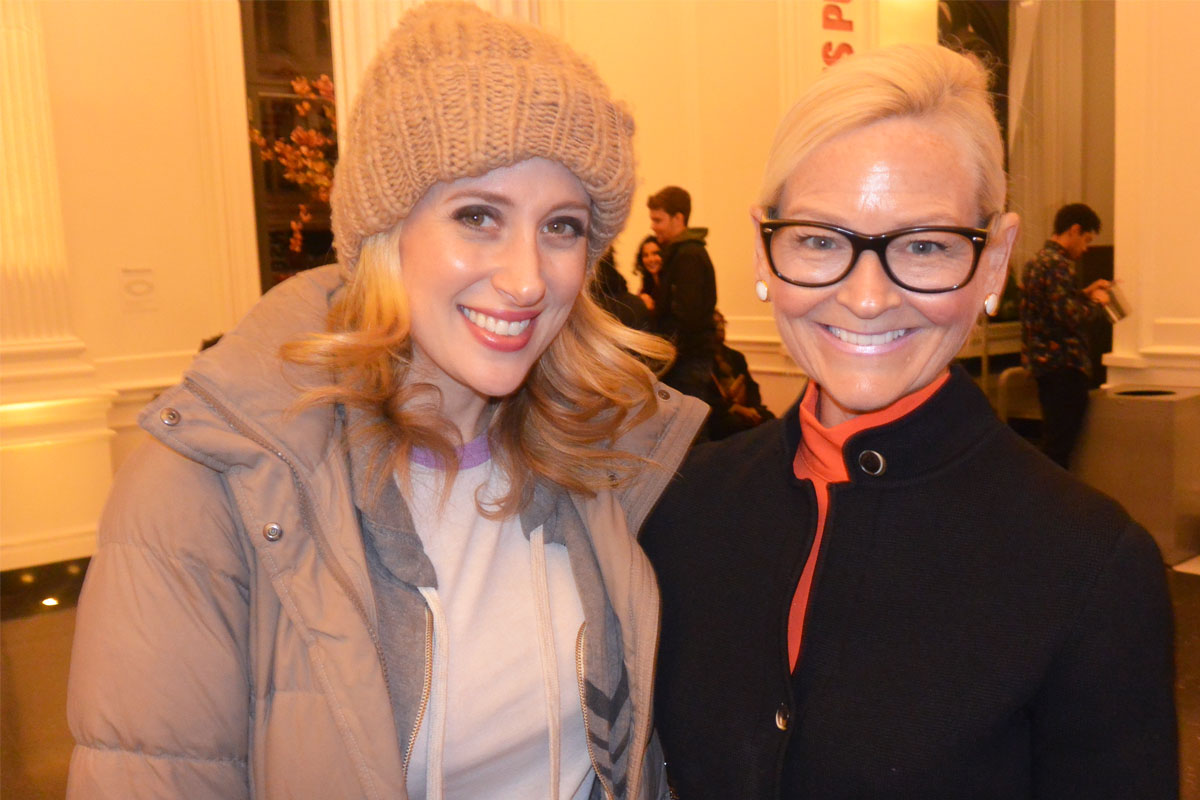 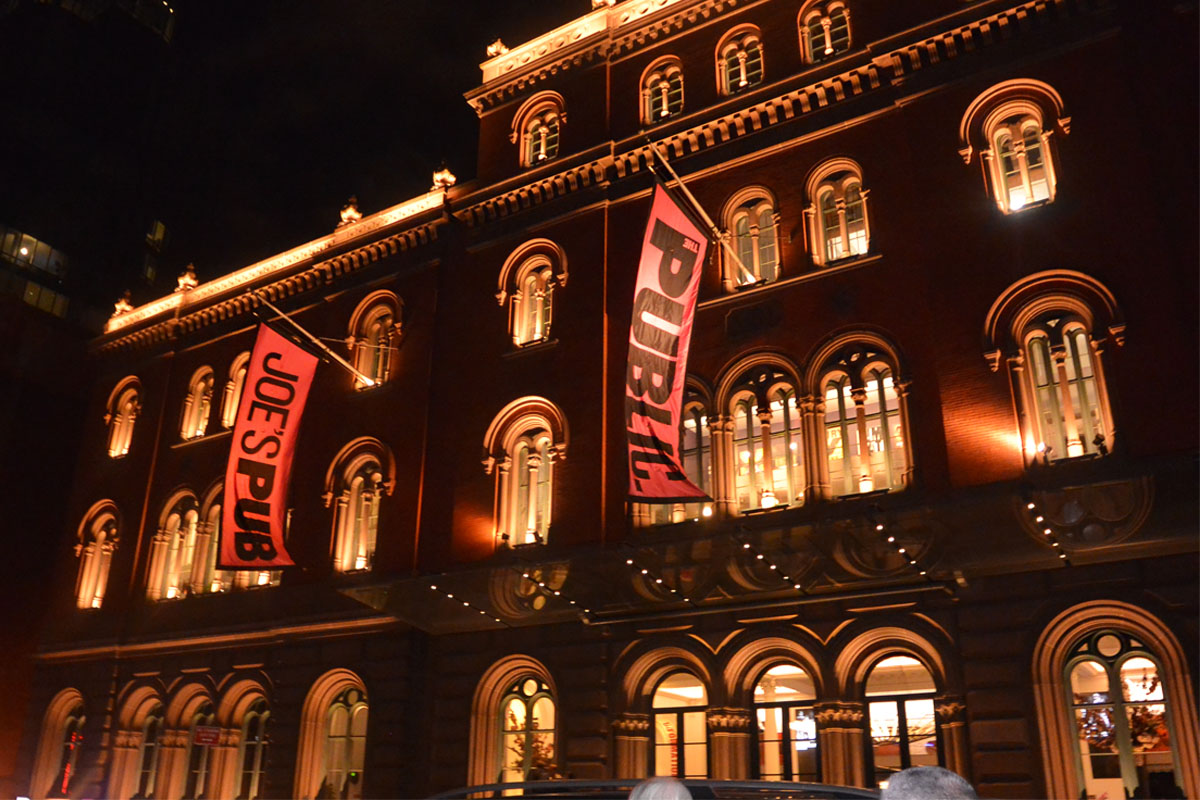