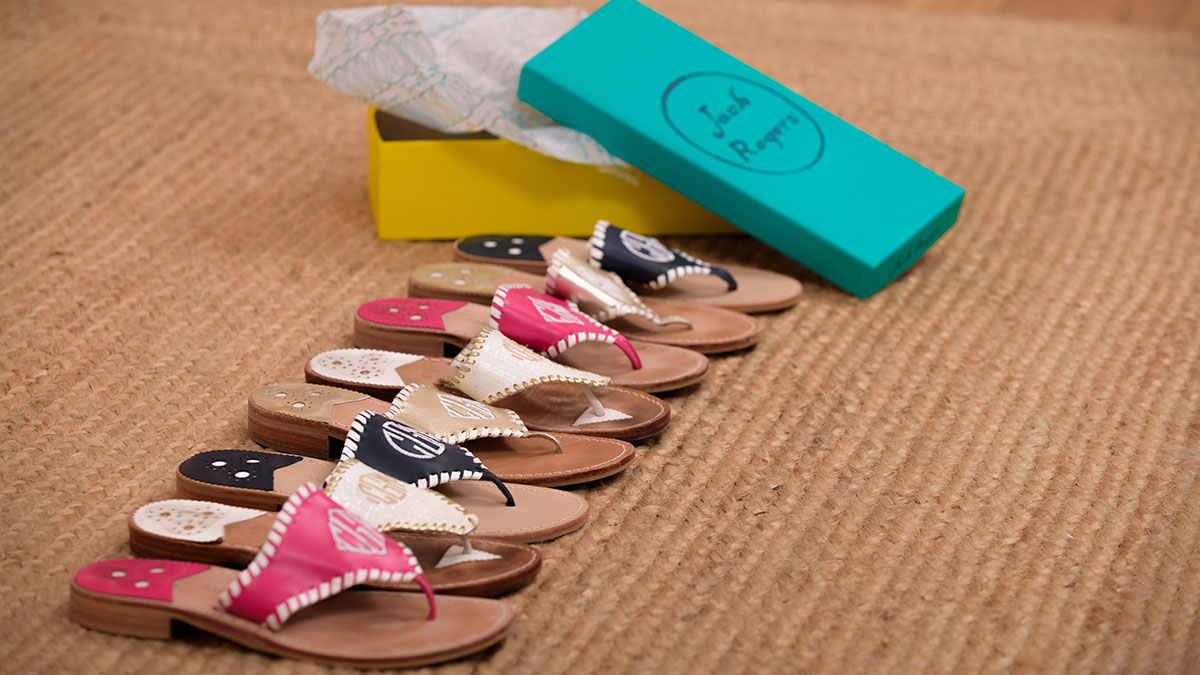 Jack Kennedy was not the only Jack in Jackie’s life. There was her love affair with Jack Rogers in 1960. And that affair began in Capri. And lots of other women around the world got in on that affair.

Jackie Kennedy was on vacation in Capri, that jewel box of an isle in Italy, and on a shopping spree, she picked up a pair of leather flip flops and bought them. At first sight she was mad for the style and when she got back to the states she went to a cobbler that she knew in Palm Beach and asked if he could copy the shoe and make them in all sorts of colors, just for her. Naturally, he obliged, she was Jackie Kennedy and she was the very esssence of classic style.

He took the sample and got to work. He cut and folded the leather and whipstitched the top of the shoe as she had requested and then added the rondelle detail at her suggestion. Everyone in those days tried to emulate her style – her pill box hats, her capri pants, her Hermes scarves and her now known all over the world (and 35 years later) Jackie glasses. When the sophisticated prep set in Florida noticed her wearing these colorful delights, they too, commissioned some shoes from that very leather man. With the trend growing so quickly, all the high end shops on Worth Avenue in tony Palm Beach was desperate to sell them. By popular demand, a small leather factory in South Florida reproduced the reproduction – rid the shoe of the names flip & the flop and renamed the footwear, the Jackie Sandal. And that classic sandal is still now an absolute staple in the wardrobe of any Lilly loving, hot pink and green sensation, pearl wearing, signet ringed, Hermes adorned woman. (Cue The Greene Door’s decades old obsession.) And that very small factory that began to make and later mass produce the sandal is still making them. In the USA, far away from the little island of Capri. At least the name of the pants she was always styling didn’t change.

My collection of Jackie sandals is severe, to say the very least. Closeted full of every make and model, every color combination, every monogrammed choice and every heel shape and size. I replace the replacement pairs every summer and they are always the same – the gold and white – they give and wear, the most. But, for some unnatural reason, I never throw the old beaten down pairs away. They just stay on the bottom of the heap never to see the light of day again.

The footwear is affordable, colorful,comfortable, dressy & casual and absolutely can be worn with everything. The leather stretches, the soles curl and your footprint is forever emblazened in a Jack Rogers Jackie sandal forever after several wears. And thats what makes them so special – they will have you at hello, for sure. 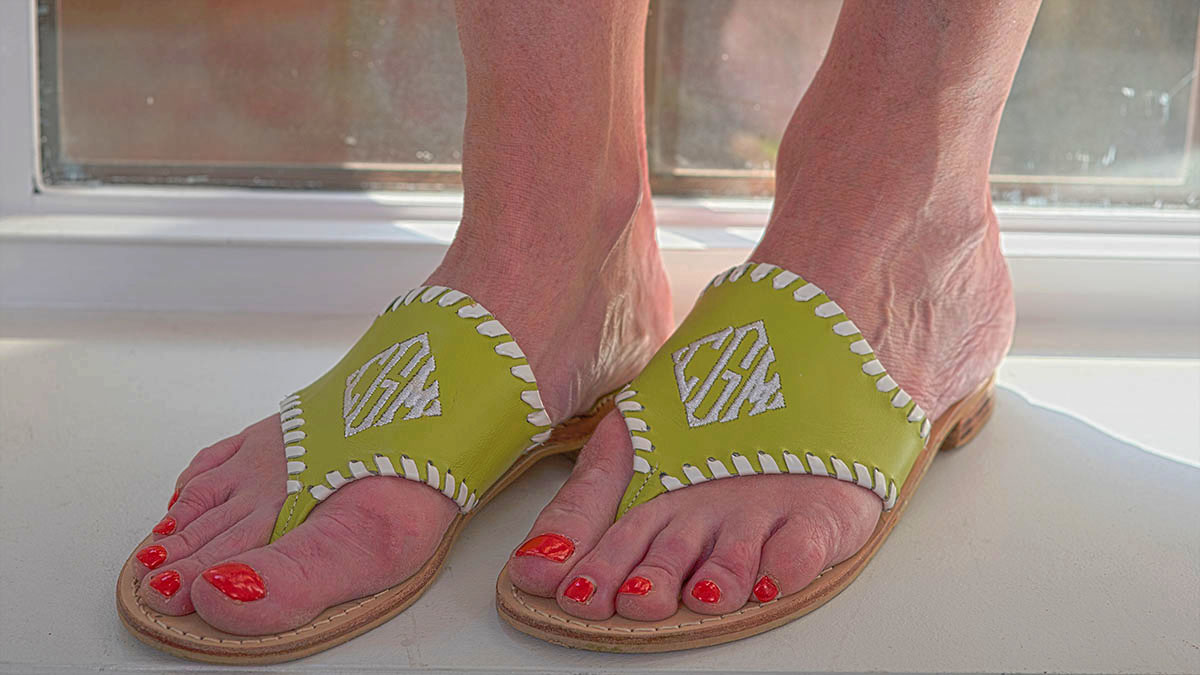 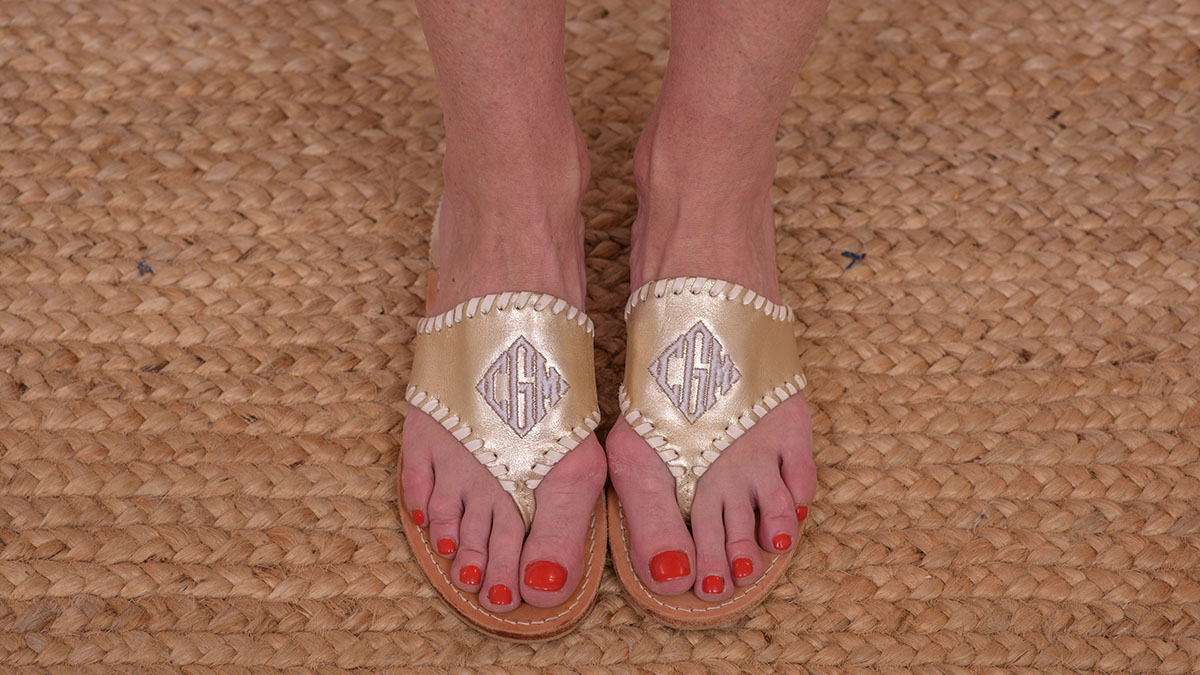 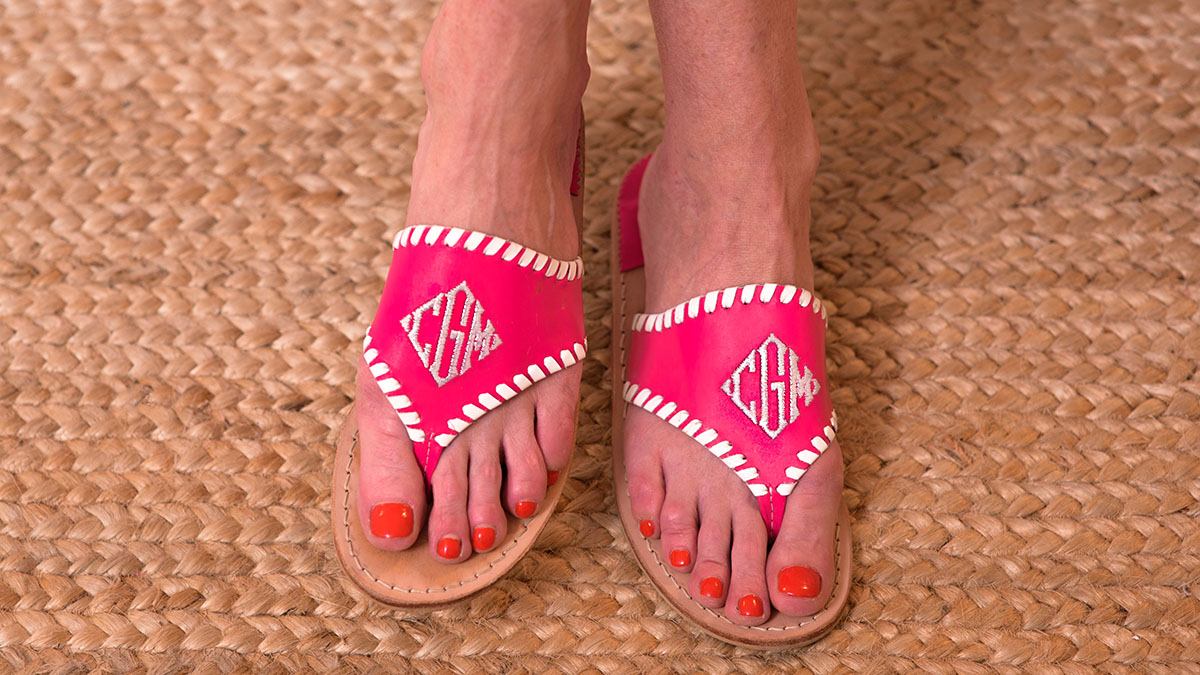 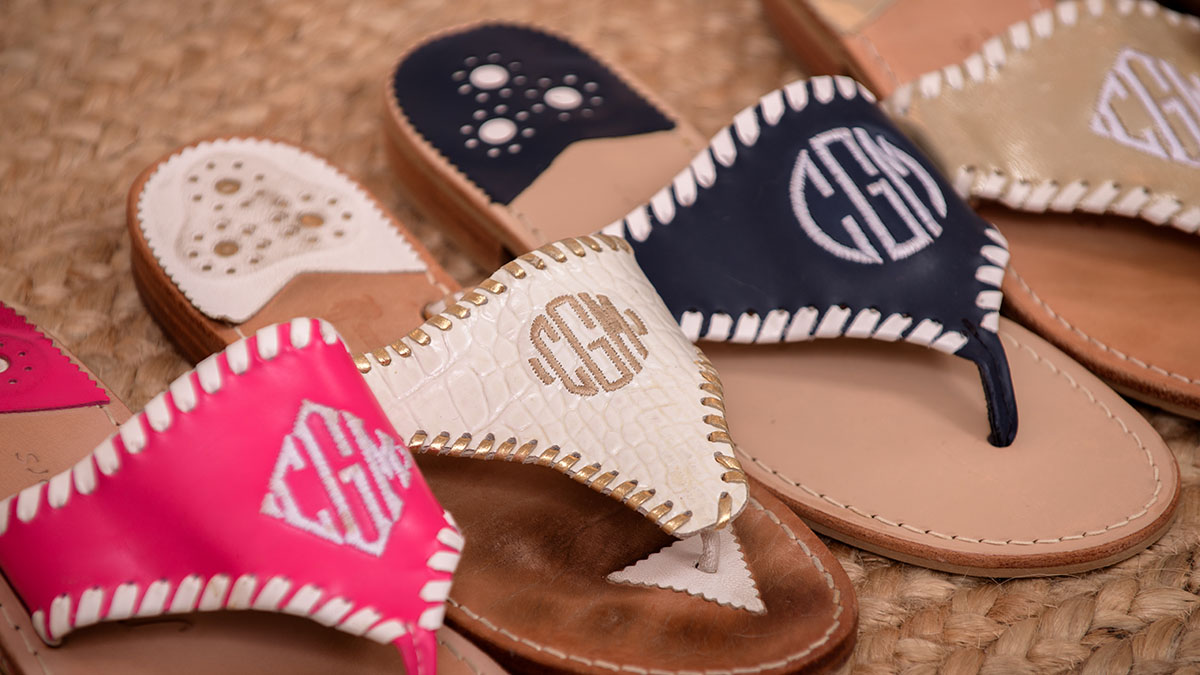