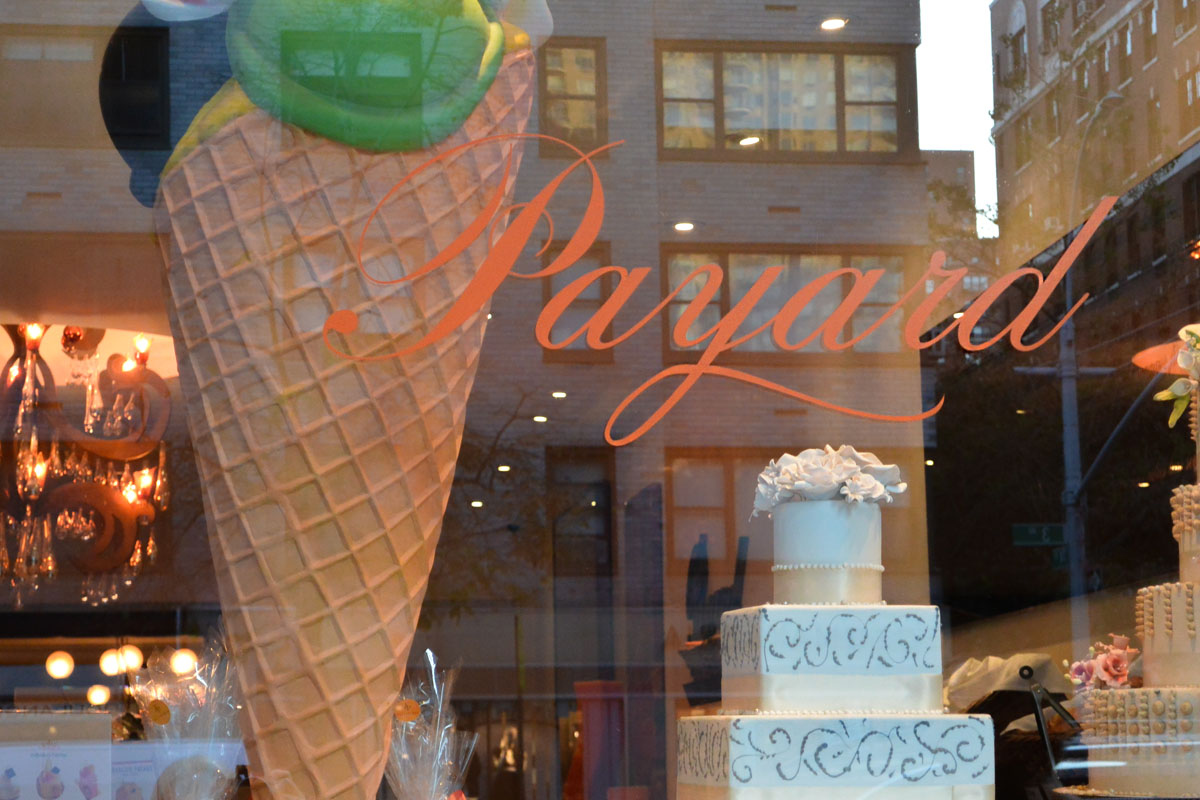 The Halloween craze begins earlier and earlier every year (at least in New York, where city streets are lit orange as soon as the hailed laborers go on vacation. (Out with the good old red white and blue, the mark of summers end, and in with the Fall salute.) Park Avenue’s center isle greenery is aglow with amber lights and carefully placed spooky eyes (that was a new one, even for me,) the Empire State building has already flipped the orange switch, sandwich boards drunkardly dress up the pavement outside the overwhelming amounts of Ricky’s costume pop-up shops (tripping up pedestrian traffic, and tricking the under obsessed in for a Halloween sneak peek) and the orange colored macarrons at Francois Payard bistro adorn the already sumptuous window display.

The French do not celebrate Halloween, naturally, but the 3rd Avenue patisserie looks like it was designed as an October accoutrement to our soft American tradition. Orange is their color, their ‘marque’ in Franglaise. Not only is Payard known for complex and quite delicious French tarts, but by by their conspicuous salmon colored brand (orange is the reflection of ‘the autumn harvest’ – and the chef, Francois Payard’s favorite time of year.)

Recently I stopped into Payard for a quick lunch, (my favorite Atlantic Salmon, served over luscious mixed greens, edamame, cherry tomatoes, sliced radishes with a white balsamic orange house vinaigrette – so good, so healthy.) I don’t normally eat dessert, but their melange of sweets are far too decadent and pretty to practice any constraint. And the salmon dish is calorically designed to leave a little room for a little extra. Apres dejeuner, I succumbed to the Cendrillon tart, a pumpkin mousse with cranberry marmalade, ginger and cinnamon, and in signature Payard style, adorned with small orange macaroons. Heavenly.

Very few can say they haven’t been taunted by Payard’s sweetness as soon as you open the front door. The case is ablaze with a rainbow of delightful and sugary desserts – and fruit tarts, for the waist not want not upper east side set, that may have left Mezzaluna’s pizza, next door, without ordering dessert. A particulary pretty and fruity massive chocolate display, features the French vintage “Rouge Vif d’Etampes” pumpkins, also called the Cinderella Pumpkins because of a legend that this variety was the model artists originally used to depict Cinderella’s magical pumpkin coach, (I didn’t know that either, I asked what was up with all the pumpkins, the waiter graciously informed me.) They are fruity disguised chocolate sensations that are carefully placed everywhere in the shop and wrapped in a pretty orange bow. Tempting, for sure. I can resist anything but temptation, so on the way out I bought a few, for a few “des bonbons ou des coups de bâton,” aka the American trick or treaters that I know.

At Payard it is Joyeux Halloween every day of the year. 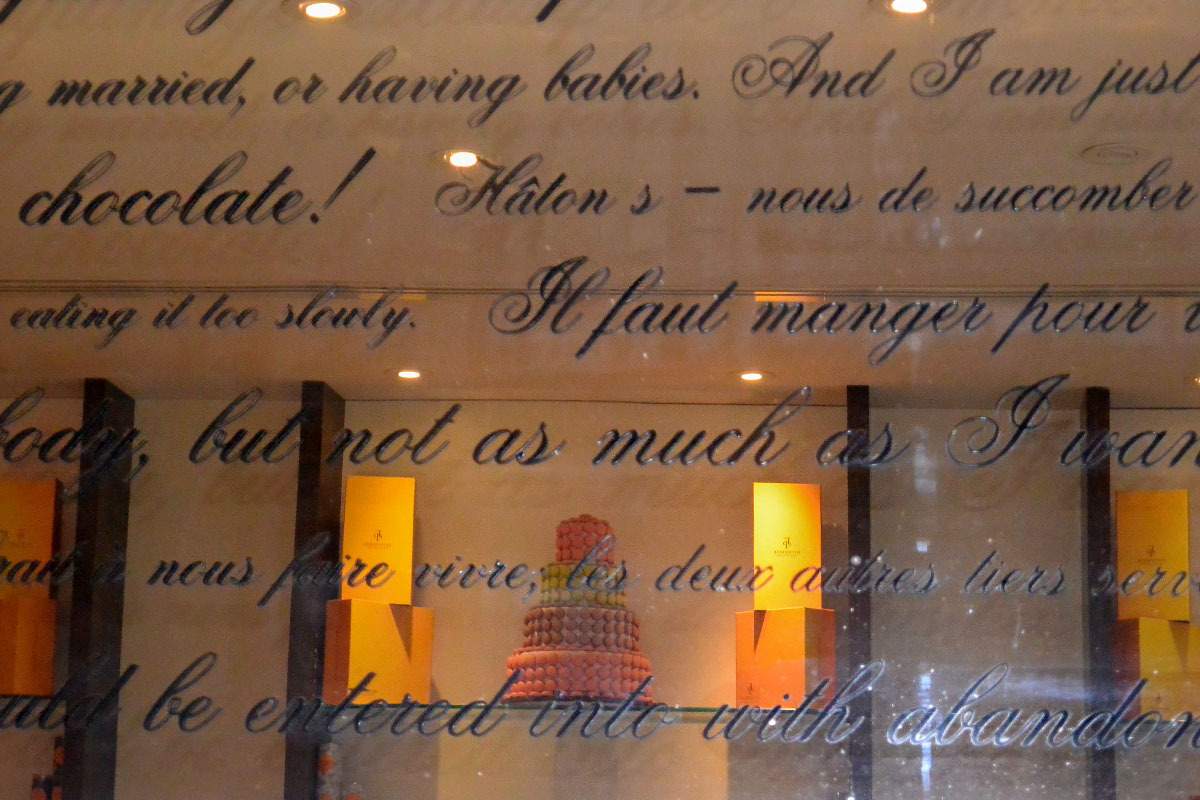 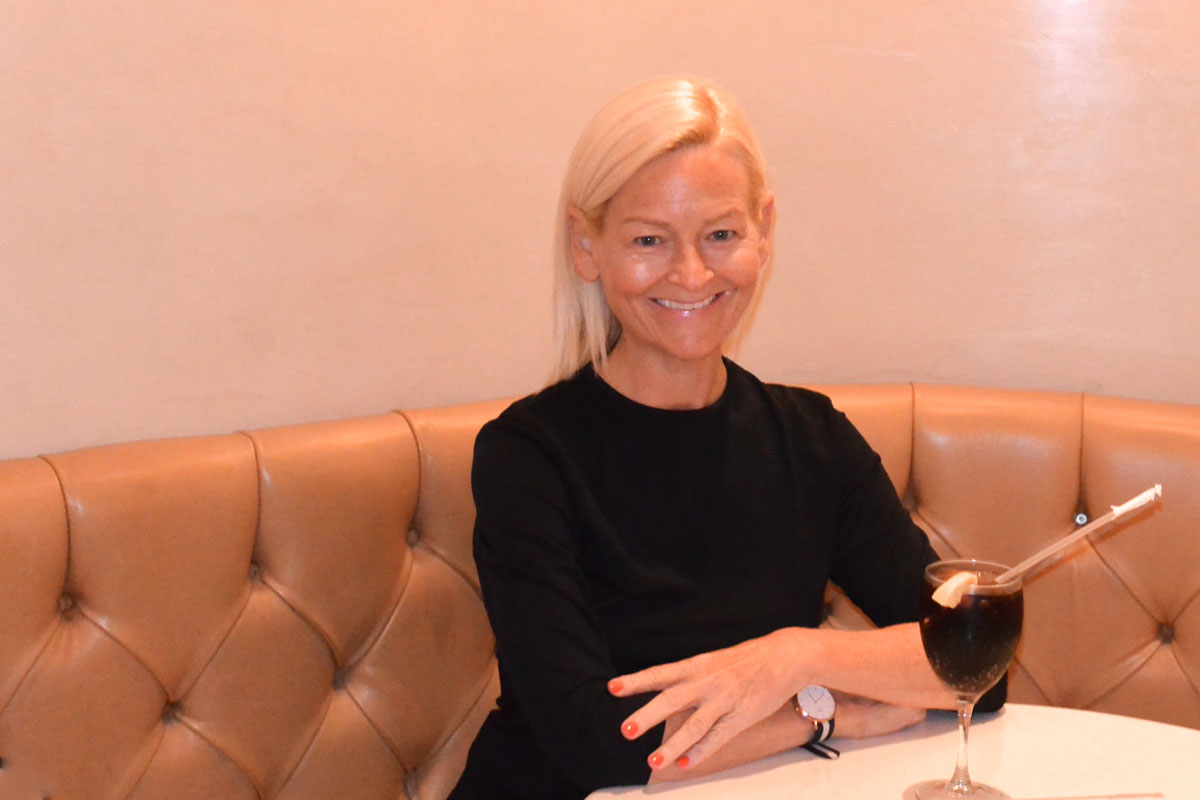 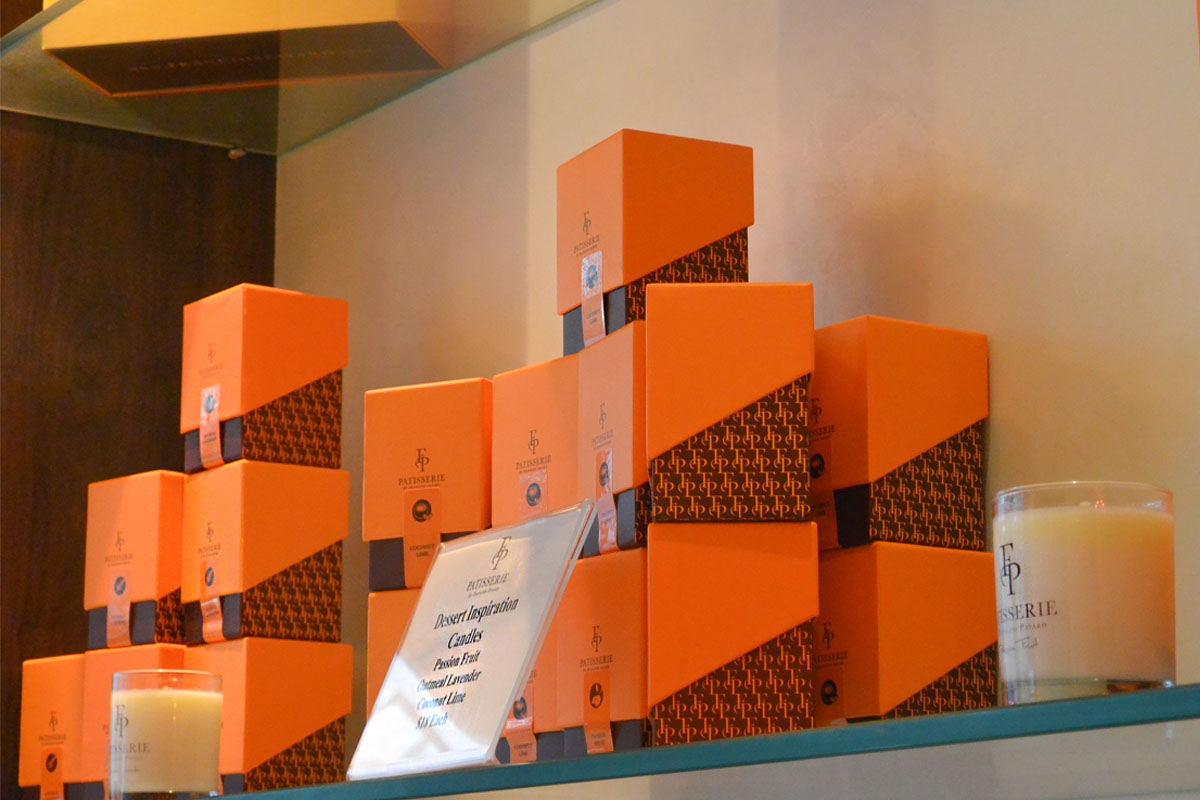 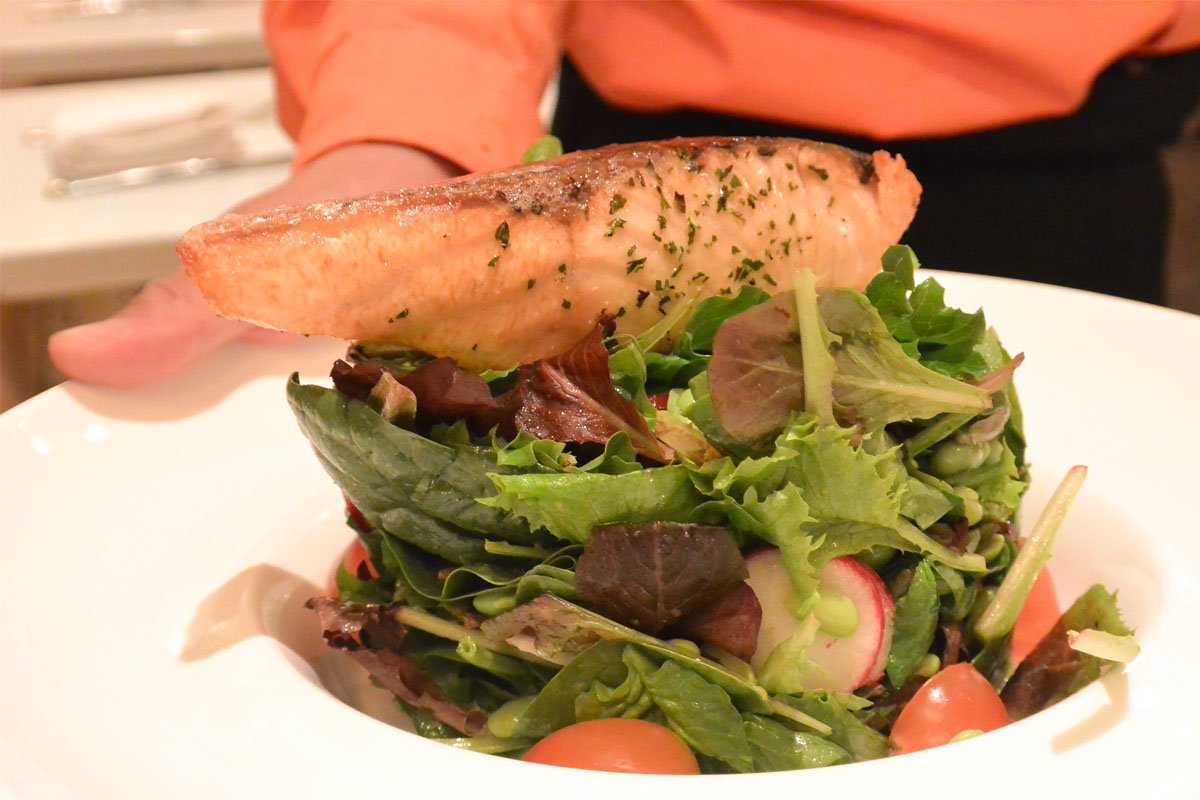 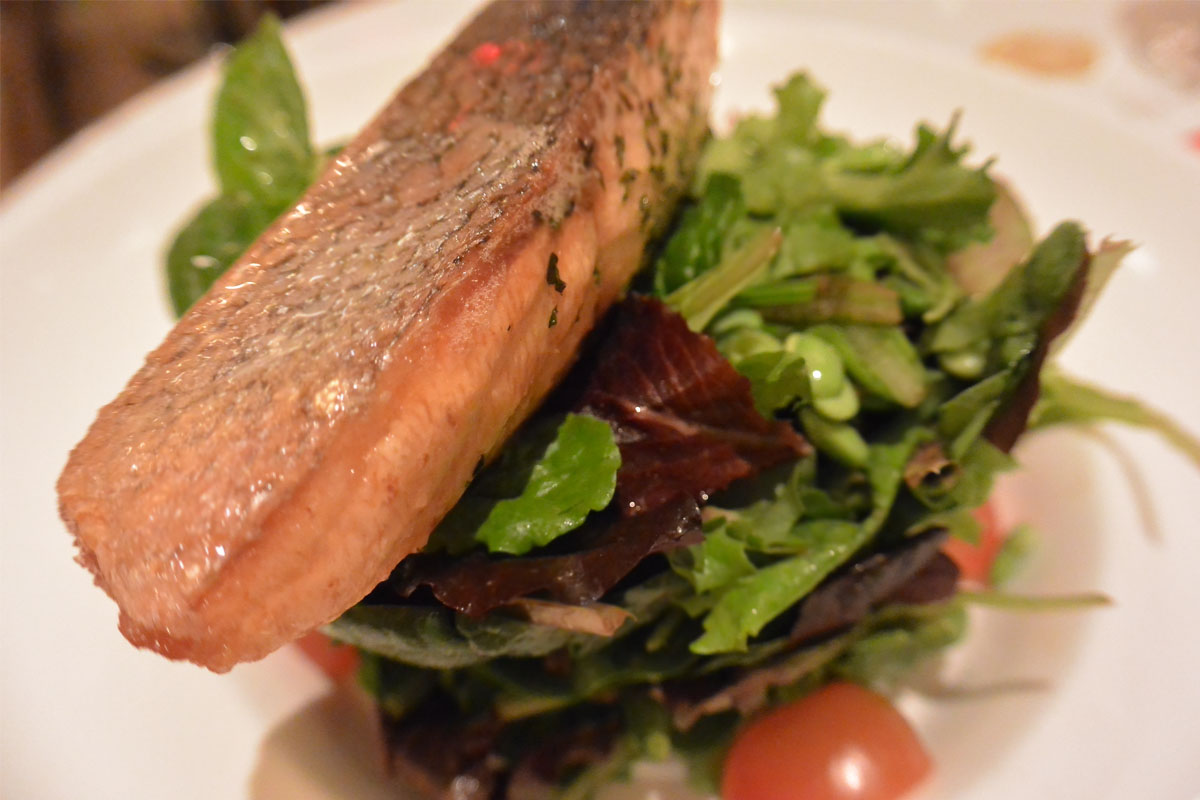 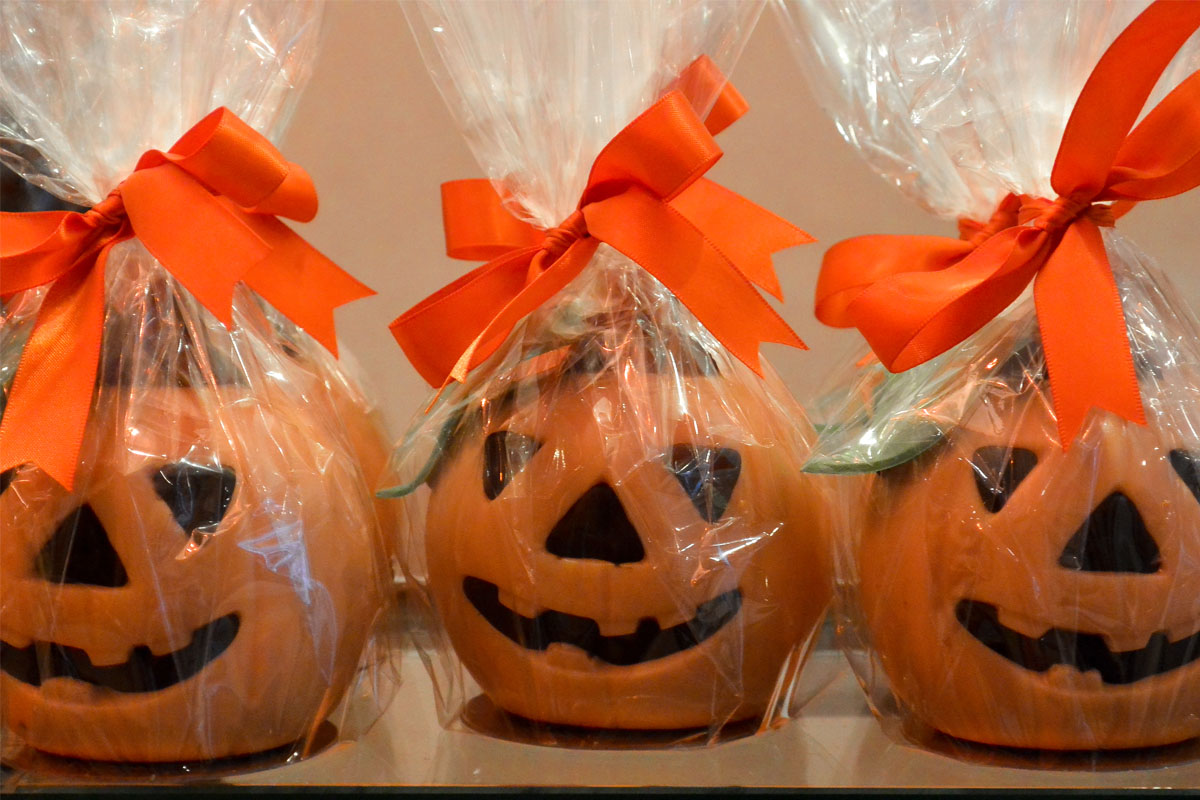 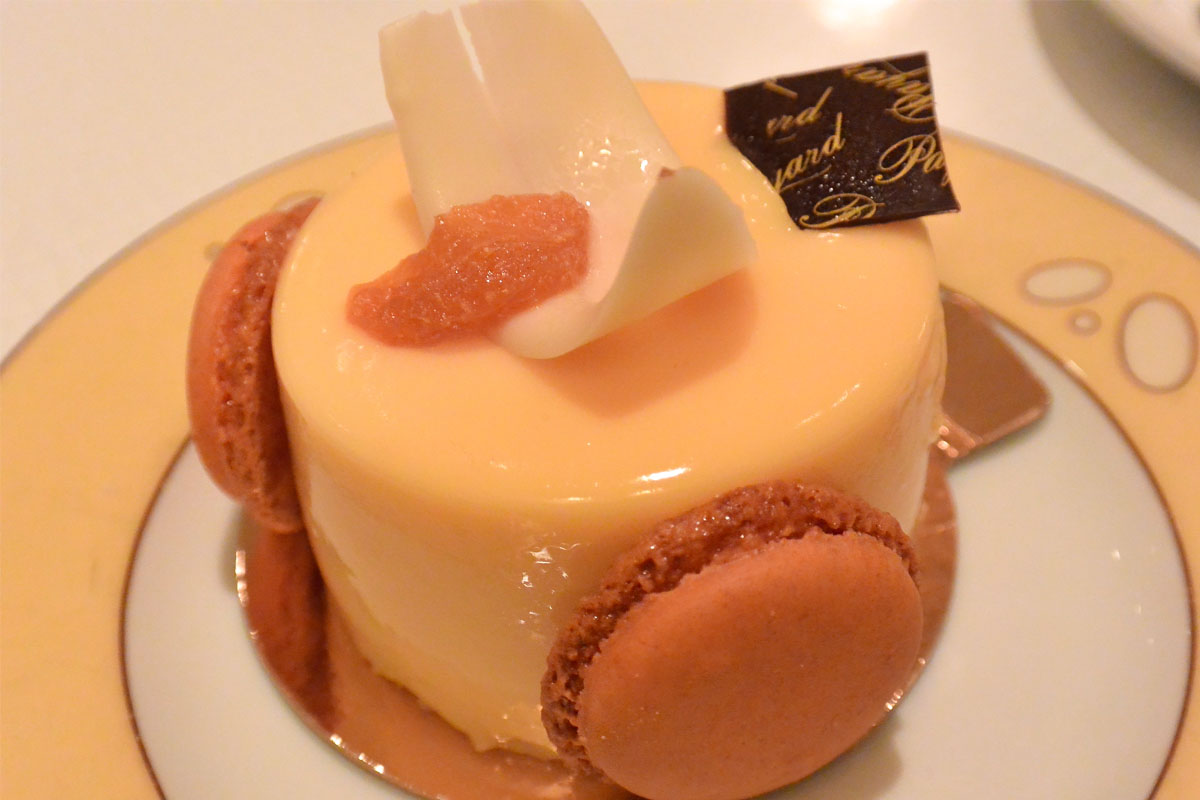 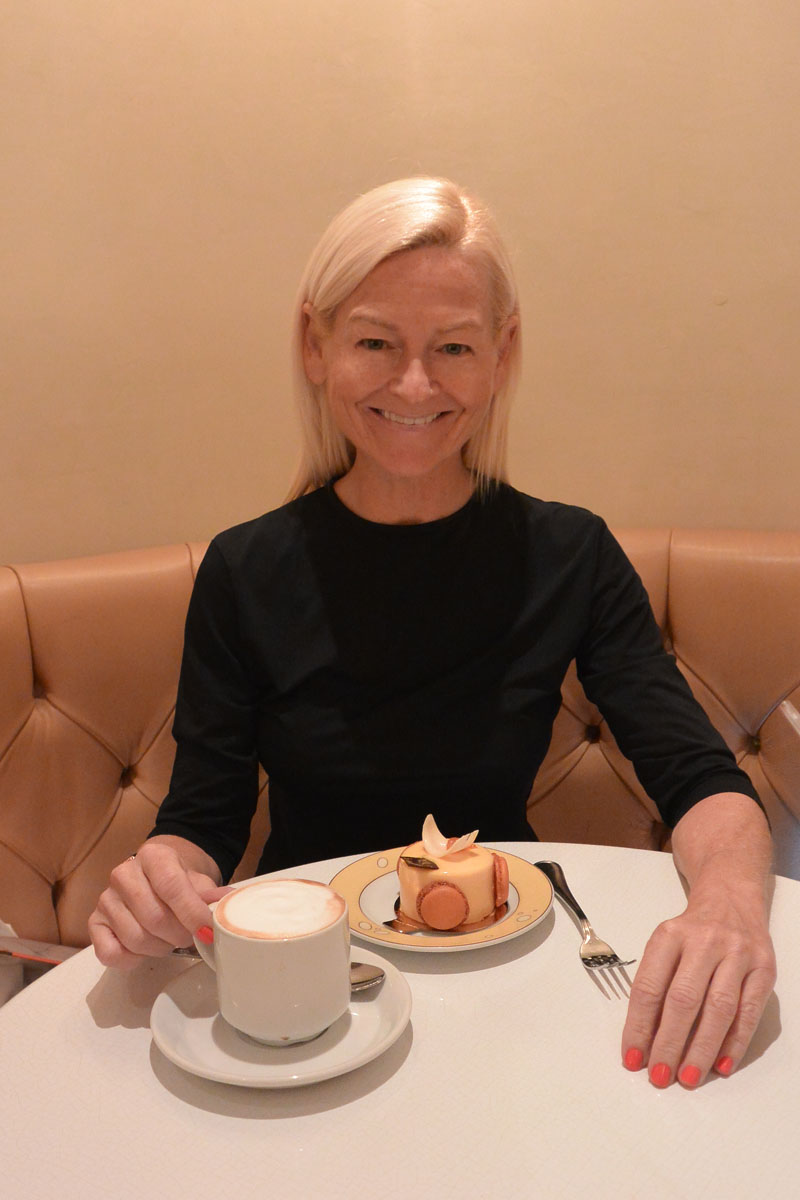 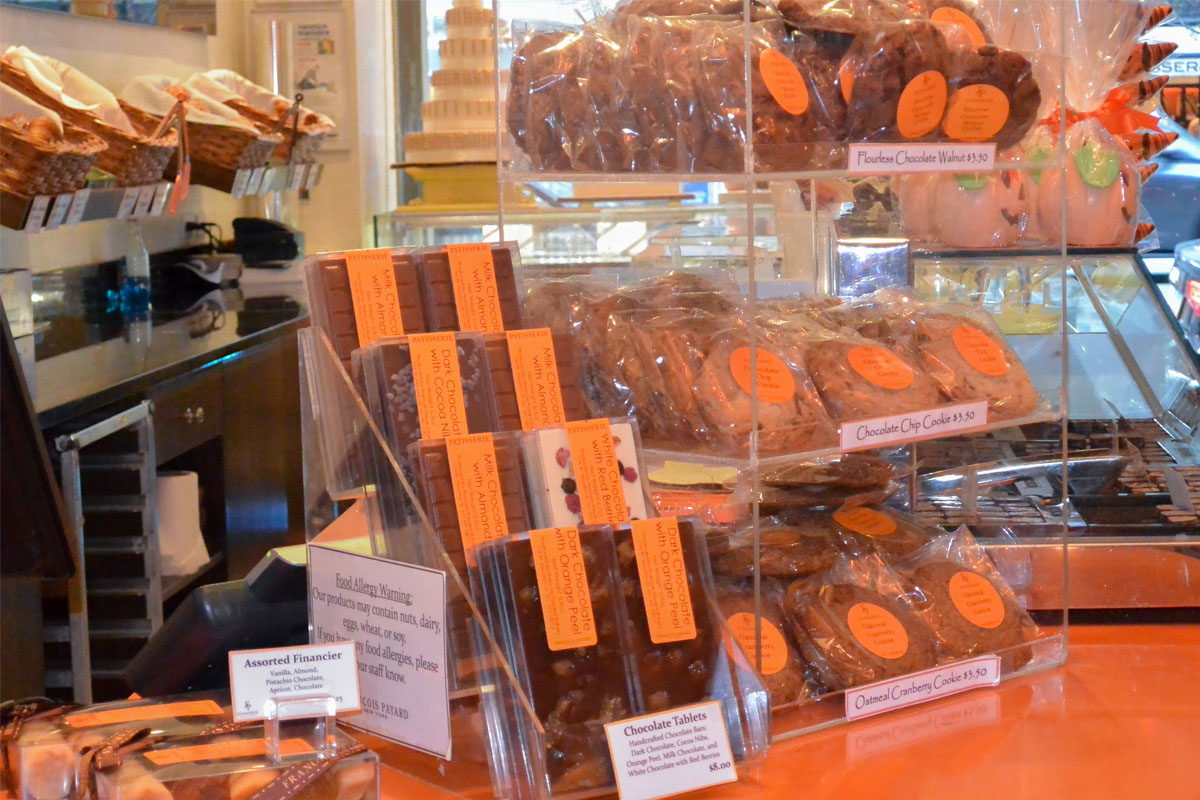