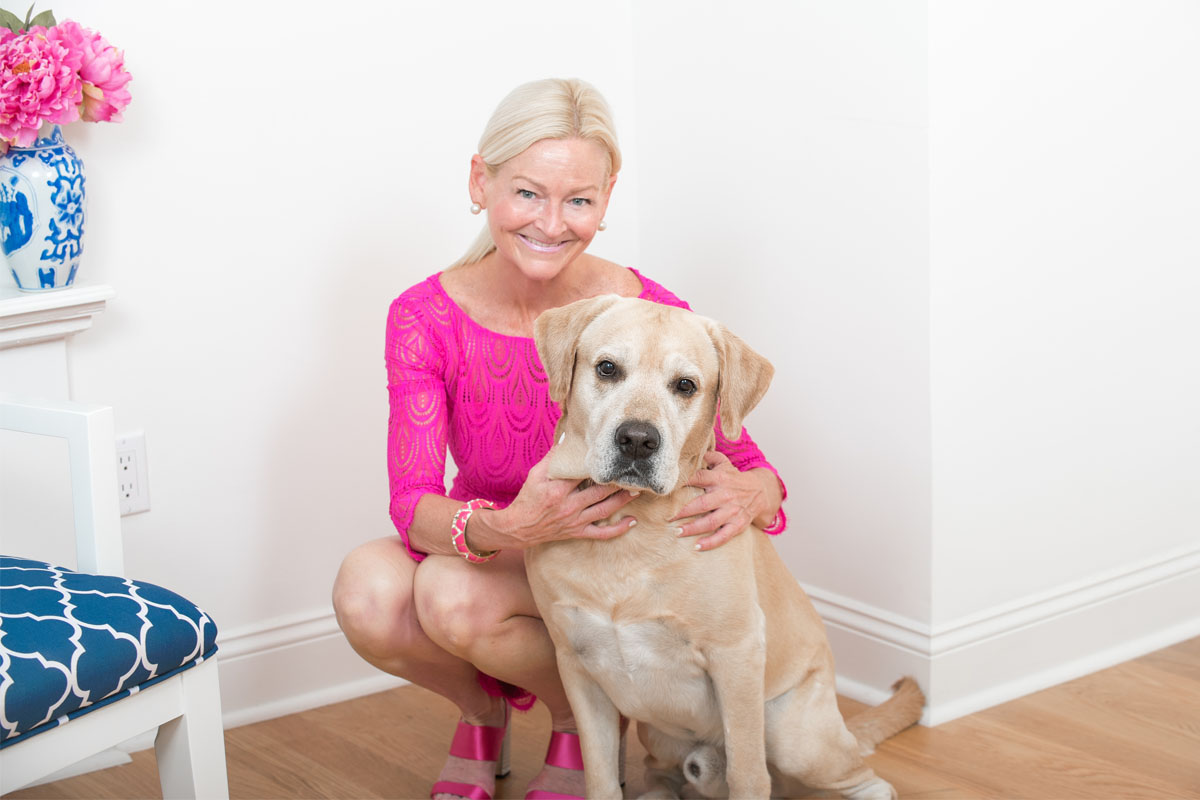 Lilly Pulitzer was in the orange juice business long before she revolutionized classic Palm Beach prep fashion. She was a native New Yorker who dropped out of Finch College (no worries, I never heard of it either) to elope with publishing heir Herbert “Peter” Pulitzer and then settled in Palm Beach in the early 50’s.

She had a nervous breakdown in 1957, and under doctor’s orders – she was prescribed to “do something” to keep herself busy, get healthy and stay in good spirits. Lilly Pulitzer opened a juice stand and sold fresh-squeezed juice made from her husband’s orange groves. She had a tailor create her first tropical print shift dress to hide all the juice stains. And as fantastical and childlike as the story behind the legend – it is, in fact the real deal. The original dress designs were made from cotton fabric purchased at the local Woolworth’s (for those unfamiliar with this amazing retailer, Woolworth was part inexpensive department store, part food counter,(very good burgers, and shakes – very New York.) My favorite shop was on 7th Avenue, near The Brill Building (the NYC mecca for recording artists, agents, managers, producers and studios – today it is still vibrant with sound.) On a recent visit to Mr. K’s Chinese Restaurant a few blocks away on Lexington Avenue, this New Yorker was detoured around 51st Street as an HBO movie “Rock & Roll,” was being shot in the restaurant’s building, and the building was being used as a fake out ” Brill Building.” (The real Brill building, further west and the one that was mentioned making legendary noise, is apparently under construction, and covered in scaffolding, and very loud with drilling, so HBO chose an alternative location for the shrill Brill in the film. I found this out because the ladies room lounge in Mr. K’s was being used as a holding area for the extras, and they were happy to tell me all about it, while instagramming the 1950’s costumes they were sporting for the shoot.

The infamous Lilly fabric maker Woolworth has a building itself which is still standing on Broadway – downtown, and is a lovely addition to the NYC skyline, as seen from The River Cafe and the Brooklyn Heights Promenade on the Brooklyn side of the Brooklyn Bridge. Since Lilly Pulitzer herself was a New Yorker, she might have enjoyed being mentioned in the very same breath with Woolworth and the Brill building.

These NY legacies now include another icon, Lilly Pulitzer. Although she died a few years ago, what she left us pink lovers, will also go down in history. She left behind those dresses, the ones that looked so good on her that customers soon began asking to buy the other spare dresses she had on the rack in her stand. She might have been nervous, but she sensed opportunity, and with her cascading black tresses, perfect suntanned skin and blithe carriage, (Lilly Pulitzer looked as if she had stepped out of a Slim Aaron’s photo) she had another batch of 20 dresses made, and sold them for $25 apiece. Jackie Kennedy wore a yellow plaid Pulitzer on the porch in Hyannis and Pulitzer was turned into a national phenomenon.

Footwear was an optional part of the Pulitzer look. Life magazine called Pulitzer the “barefoot tycoon,” and noted that, like her, most women who bought her dresses preferred to go without shoes. The barefoot trend was hugely popular the wedding I attended this summer in this pretty Lilly. These days the flip flop or sandal du jour is usually a Jack Rogers coordinate. Part and parcel for the prep set.

Lilly also started a short lived mens line of night shirts she named “Sneaky Pete’s,” as a nod to her man, Peter Pulitzer, who was known to have a roving eye. He should have kept his steady eye on her, perhaps, as her colorful way of living – and her unsteady love life, endured long after they divorced.

The Lilly Pulitzer brand, by way of those Silly Lilly Woolworth fabrics, became a hugely successful staple for women old and young, preppy or not, near and far. As it turned out, her juice was in her brilliance! 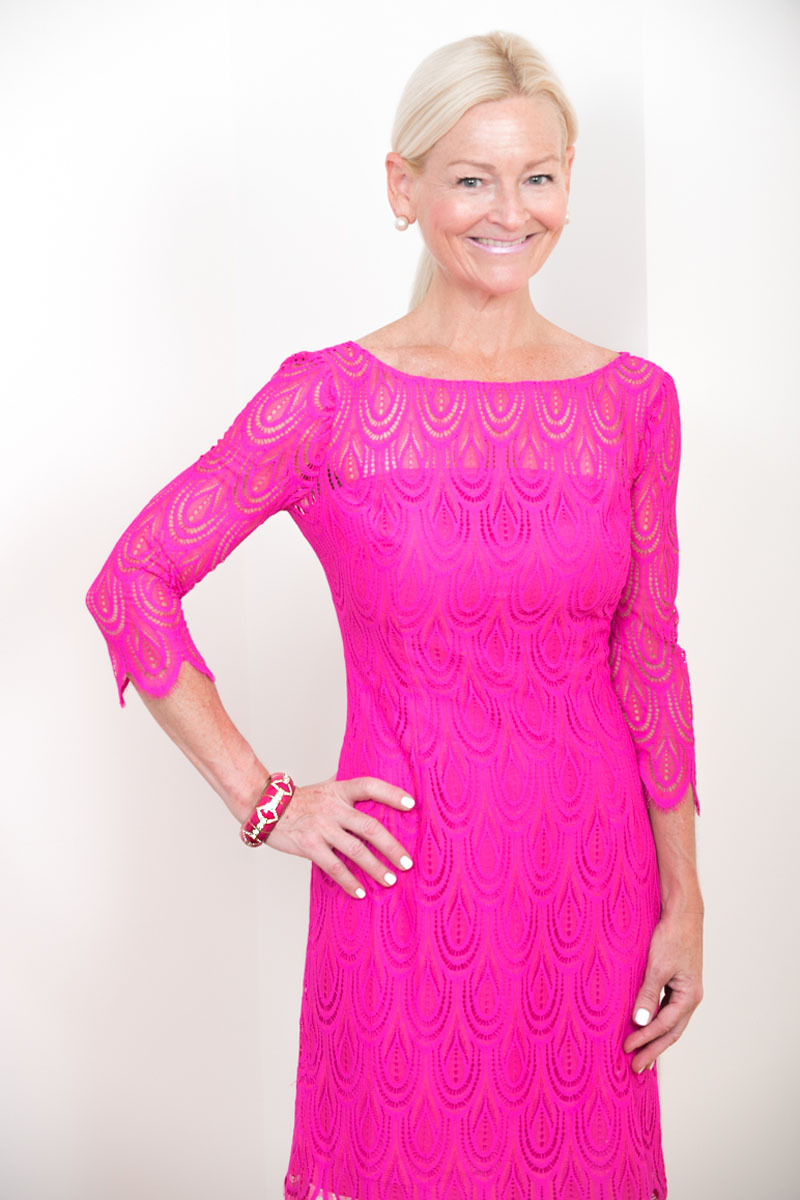 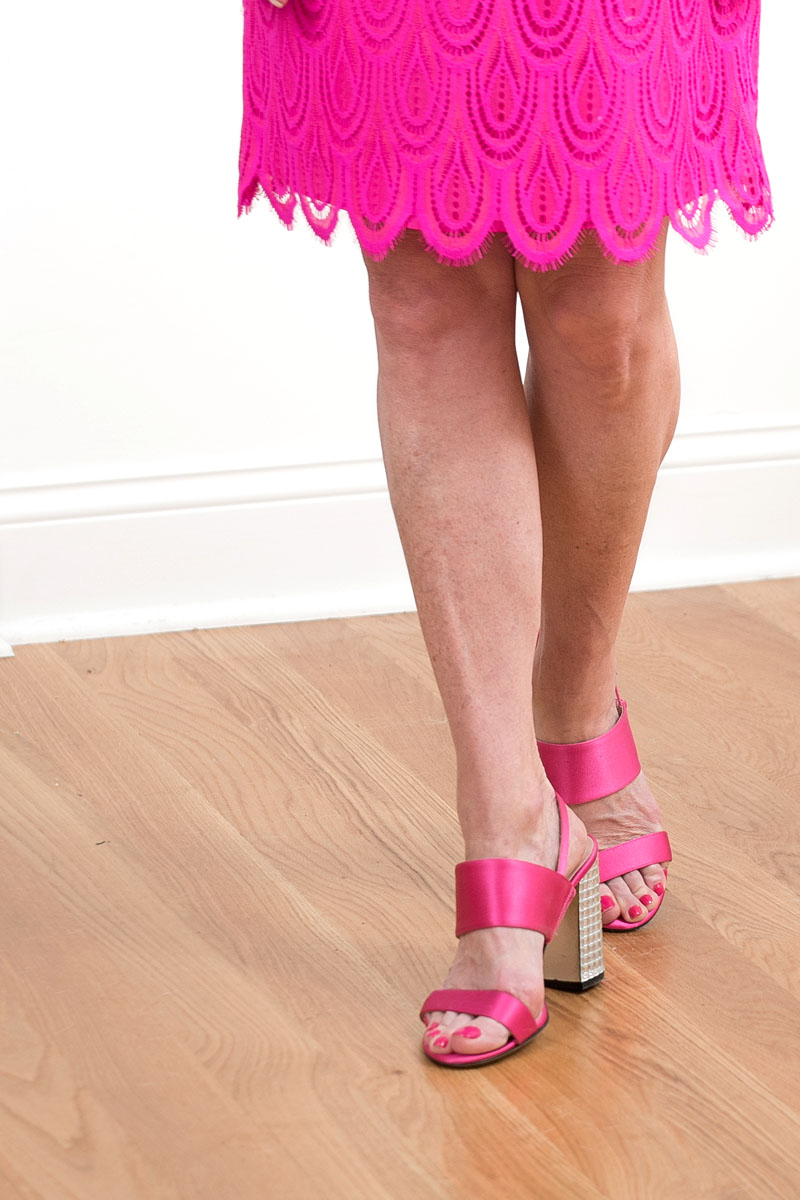 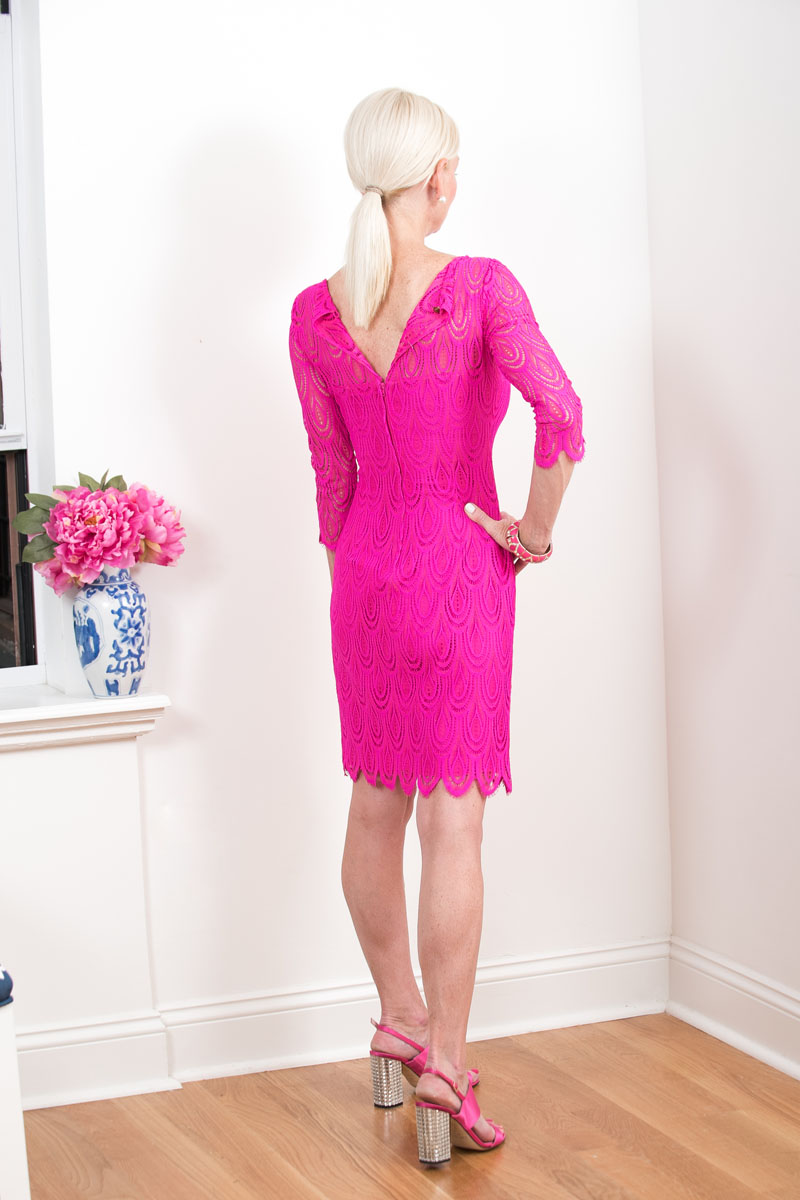 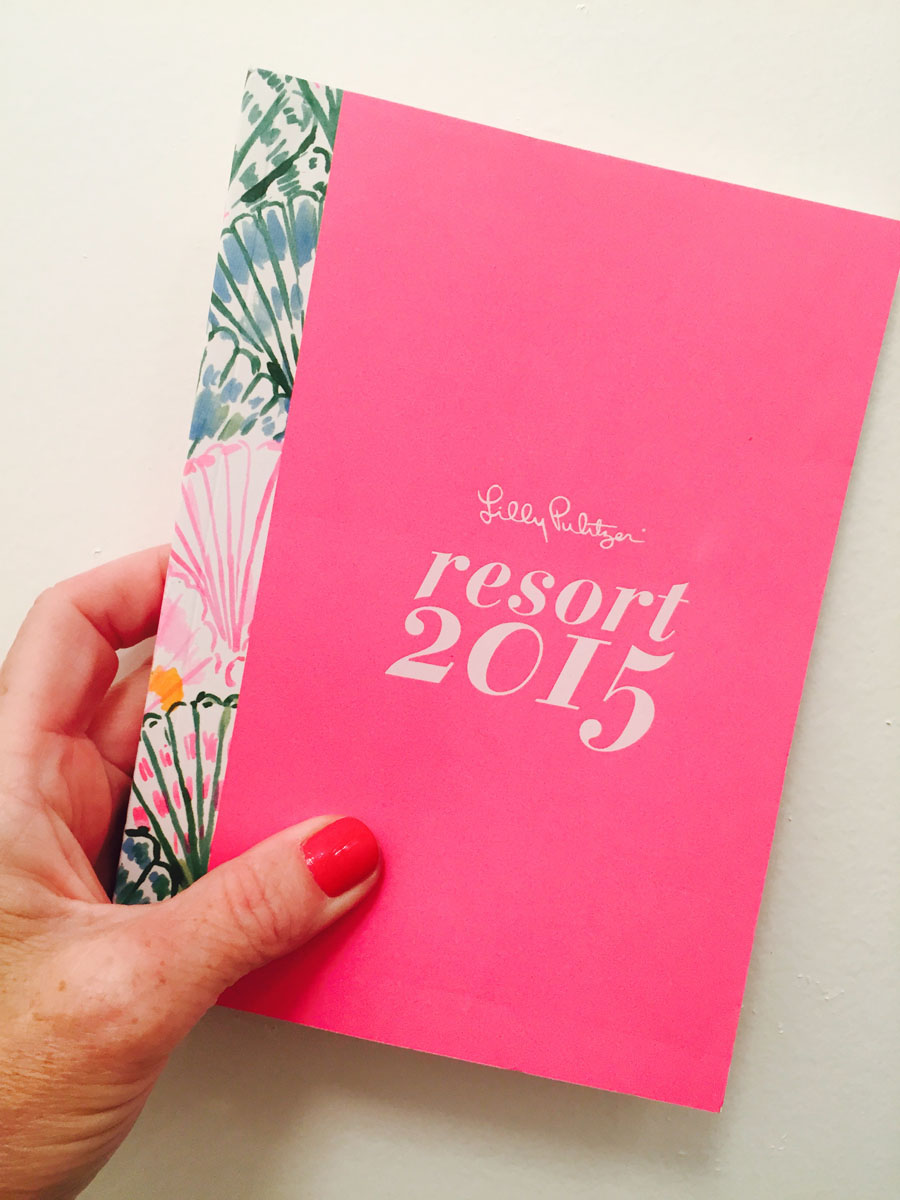 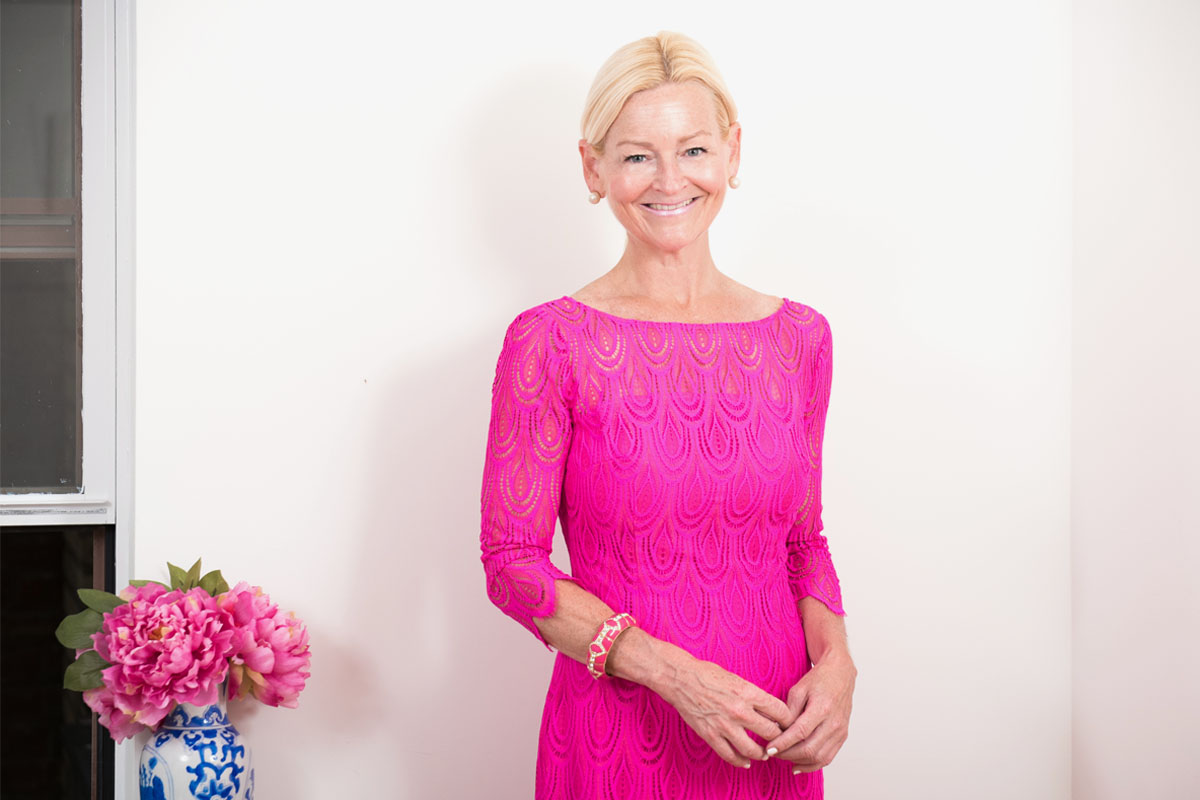