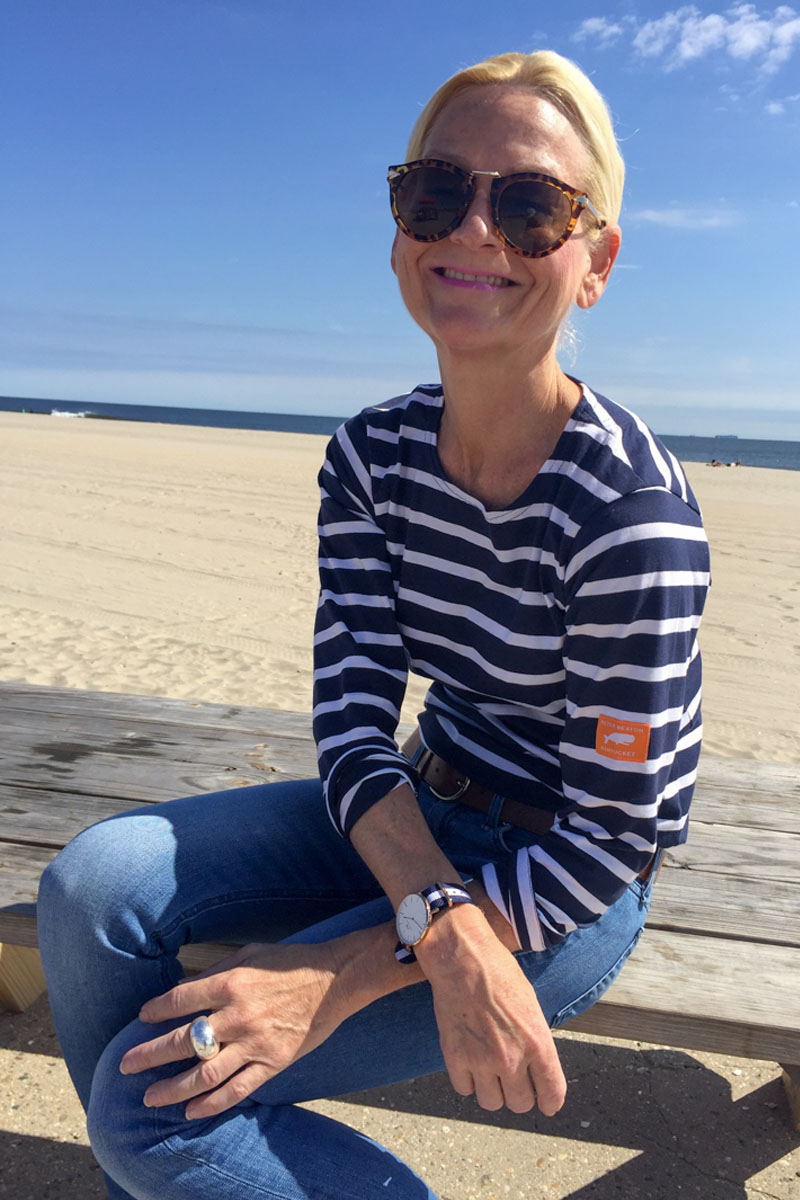 The breton shirt (aka ‘striped sailor shirt’) has been an important and favorite wardrobe staple since college. The cozy blue and white color combo cotton shirts are very comfortable and fit my proportions perfectly – I’m thinking that they must have used one of my favorite fit models for this body shirt – we’ve never actually met but I think I know what she might look like, at least, above the waist to below the shoulders. She can’t be too tall – as the shirts are short waisted, she’s probably slim, as the fit is fitted – not boxy and she must be a swimmer as these disproportionate, athletic and wide shoulders hit the seam spot on.

The French name of the shirt is Breton, and was named for the tightly stitched cotton shirt which was worn by seamen all along the shores of Brittany. The resilience of the warped knit “tricot” shirt was an ideal undergarment in inclement weather while at sea as the cotton didn’t give, the shirts did not stretch much and there was/is an unidentified something/something process of wick in the cotton that speeds up the drying process. Wick is what I buy – especially in running gear – it magically protects and prevents any moisture from seeping in.

After a while perusing & purchasing proper and identifiable military attire, the French navy proclaimed this commoners striped Breton as the official uniform in 1858. Rumors still swirl that the old time seamen believed all along that the bold stripes could help spot men who had fallen overboard. The shirt became a symbol of France, and was later made famous by Coco Chanel, Brigitte Bardot and Audrey Hepburn. Last seen on The Greene Door here. Three Hollywood legends that were styled classic at the get and earned their fashion stripes and ‘cents’ while setting the trends. This informal piece of Prep attire had instant copycat, Kennedy-like appeal which without any ado sealed the deal aboard any and every yacht club in Hyannis and beyond. The stripes were carried across the continents through Hollywood sound stages all the way to the shores of preppytown USA “Bean Town,” Boston, then the Cape and finally Nantucket. This east coast and Tuckernuck boat lover owns a lot of pretty Peter Beaton styles. And they have been worn a heck of a lot this year due to very pretty weather. The only nuisance is when the shirts age there is the fraying, curling, pucker of the orange Peter Beaton label on the sleeve that just won’t lay still. And it’s just not cool to iron them, the free and easy look would lose its charm – these shirts are to look like they have weathered a storm, remember? Otherwise they are easy wash and wear, pack tightly, add life to a stark white boat canvas and are the penultimate nautical match and will forever be recognized as the tee on the sea that still gets all the attention. This Breton is universally loved and transitions quite well, even in the rain under a yellow slicker and ‘tied and tried and true’ tricot ribboned rain boots. Peter Beaton sailor shirts transition well and they keep the Fall look feminine and sporty as the seasons and the seas ebb and flow. 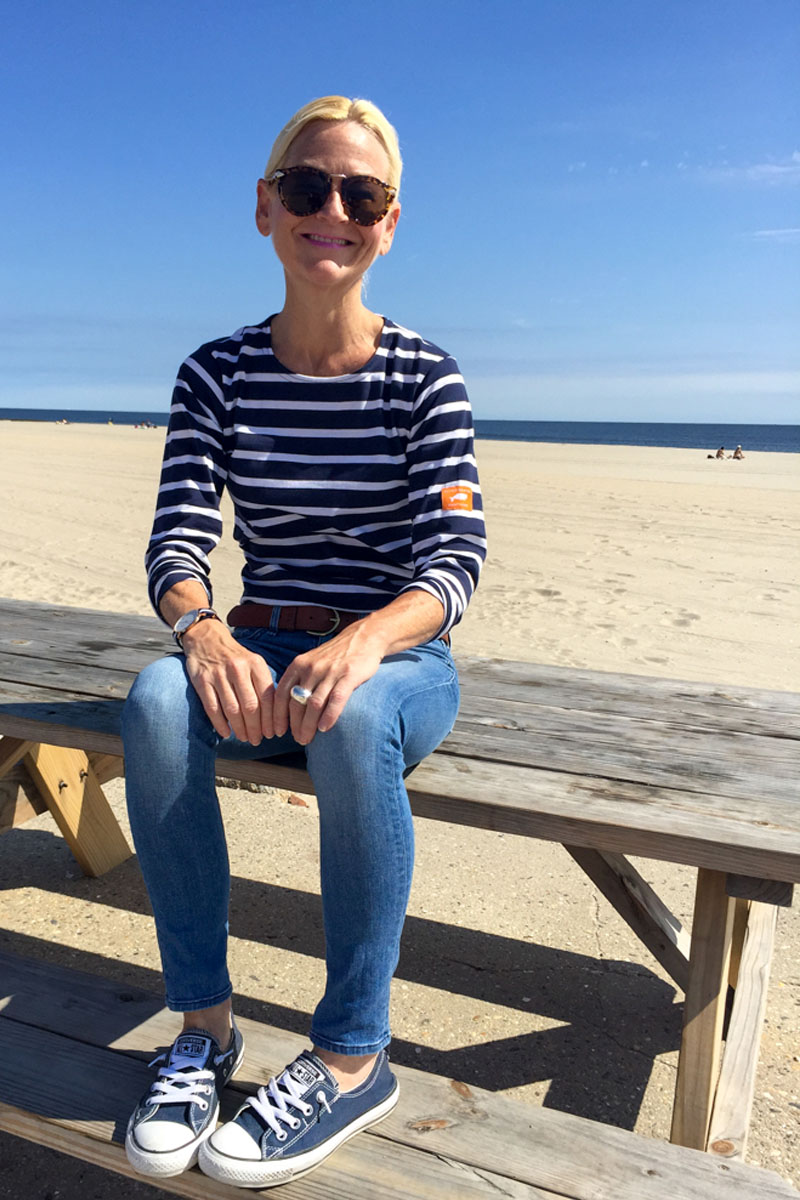 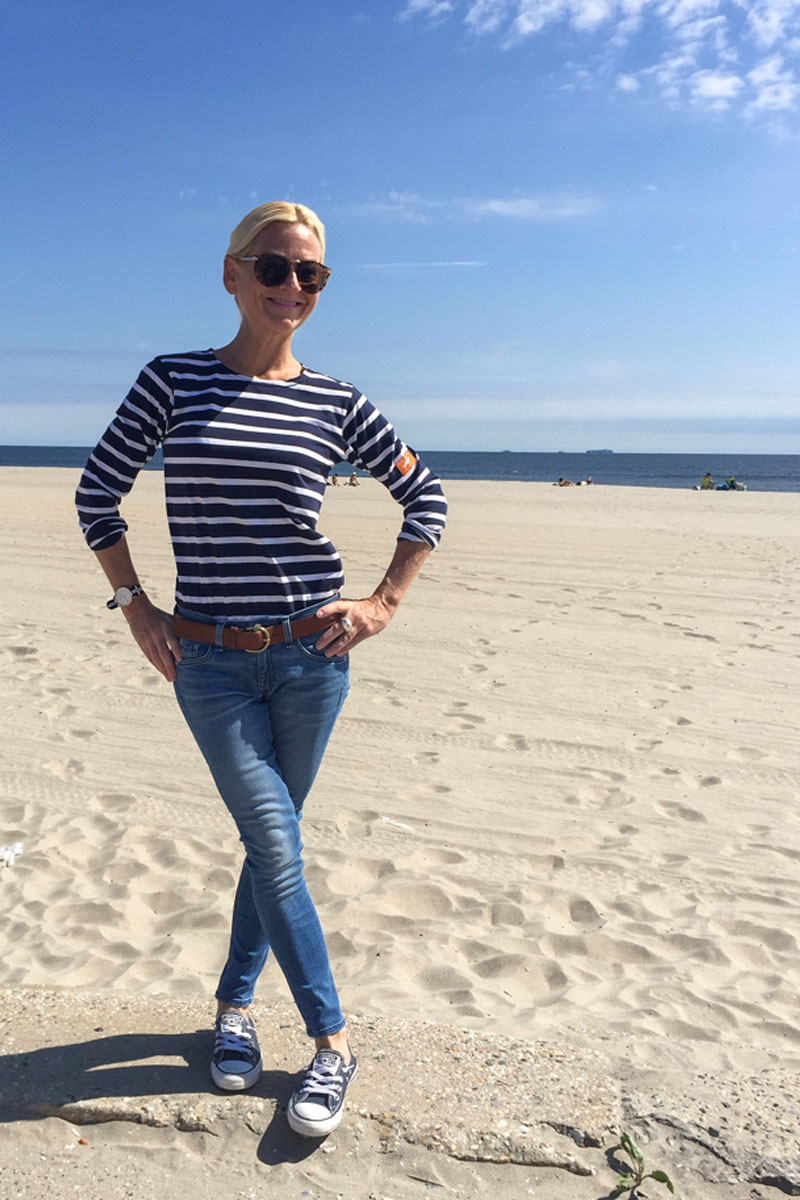 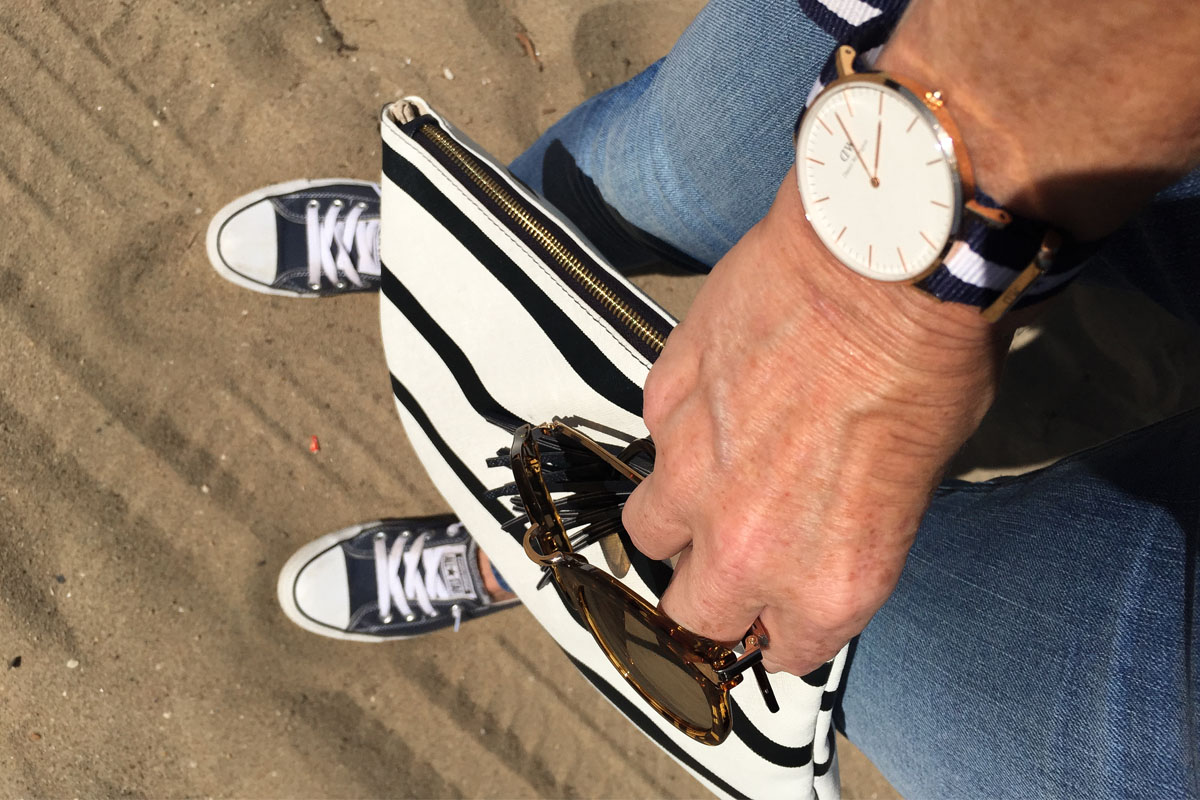 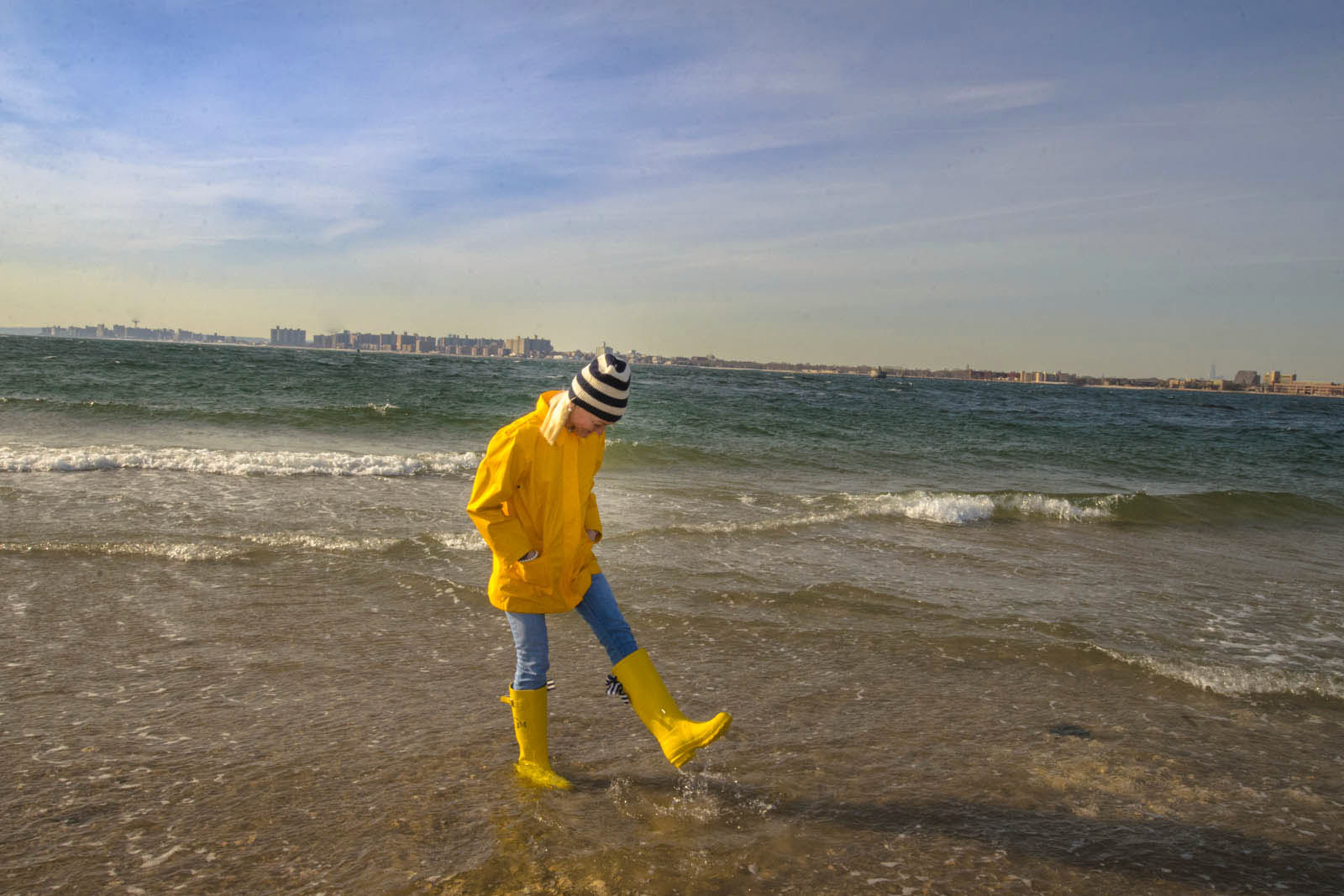 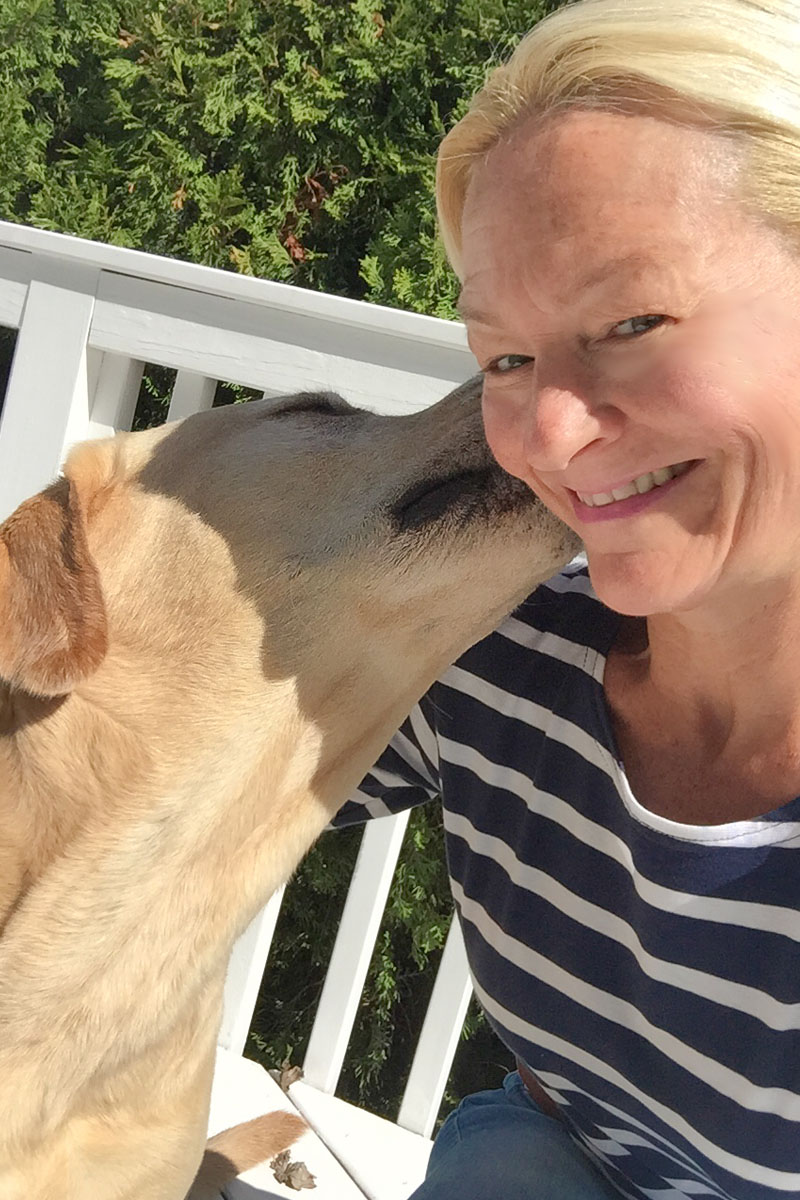