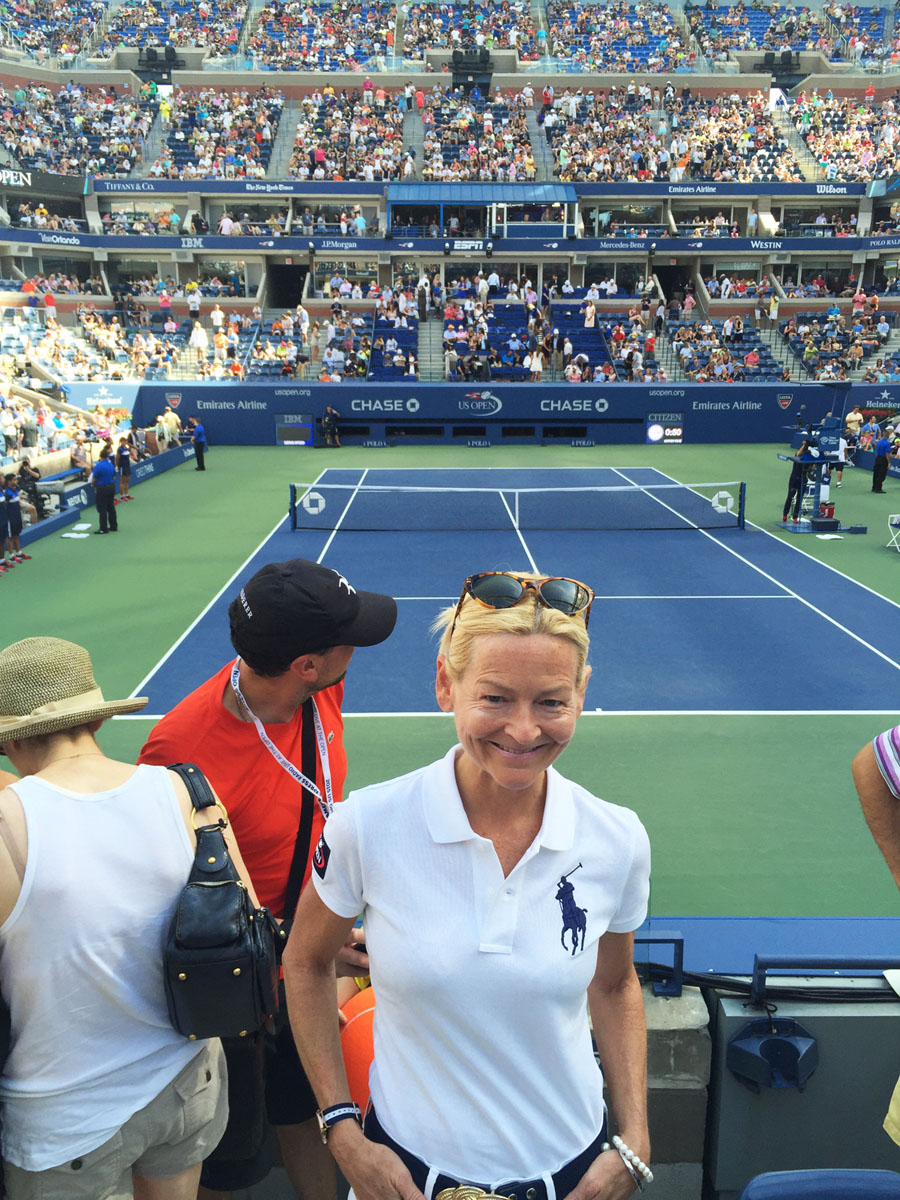 It was such a treat to be invited to sit courtside with my sister at the Arthur Ashe Stadium this week and be able to watch both Williams sisters play incredible tennis (and win, each of their matches, back to back, fast, I mean blink and the match was over, twice!) They are now scheduled to play against one another in the 2015 quarterfinals. The William’s sister’s mother, Oracene Price, who was sitting just a few seats away was overheard saying that she wouldn’t go to the quarterfinals. She whispered ”I know it’s going to be so hard, because I know Venus wants Serena to get it.”

Much like when I have run marathons in other countries, the NYC Marathon is just the best one to run – there is simply no comparison. As for tennis, the US Open is THE penultimate tennis tournament of the year. I have been to the fortnight at Wimbledon (with my sister, an awesome tennis player) several times as well as The French Open but there is just no place on earth like watching a sporting event in NYC. And so it goes for the US Open, it is just magical walking around the grounds and seeing the players up close and personal (past faves John McEnroe & Chris Evert among them) and then basquing in the last of the summer sun by day with the Fall like breeze descending upon the stadium at dusk – its just delightful. And then there is Shea Stadium (home of the NY Mets) and that beautiful global sculpture of the World’s Fair in the near distance, ever reminding me of how cool it must have been to have been there in 1964. 51 years ago and not much has changed in this gorgeous city – New York (my hometown) is still one of the most interesting, beautiful, wonderful, exciting, vibrant, cultural, competitive and engaging cities in the world.

The tennis on center court was terrific, the climate was perfect and for those that forgot an accessory or two (ie. a hat or sunscreen) there was a small shopping area to handle any last minute needs. Ralph Lauren set up an adorable pop-up shop right outside the entrance to our box, and so, naturally, that was a hard one for me to resist. Their tennis collection this year is as classic and traditional as the All American tennis fans that were buying the store out. Lots of navy and white and a newbie hue – neon pink. As soon as the crowds roared with excitement for Venus’s entry onto center court, the store emptied out and anything that had a polo pony on it, in an instant, belonged to me. There were very cute capped sleeve tennis shirts with overzealous polo ponies, solid white Palm Beach- like tennis dresses in XS available (that was nice,) US OPEN emblemed hats, visors and THE cutest, pair of marine blue compression tennis leggings that I ever bought, or even saw, as a matter of fact. I felt like I was in that store longer than it took Venus and Serena to ace each of their opponents. And I shop fast! The day/evening was a win/win for the tennis loving sisterhood at this year’s US OPEN. 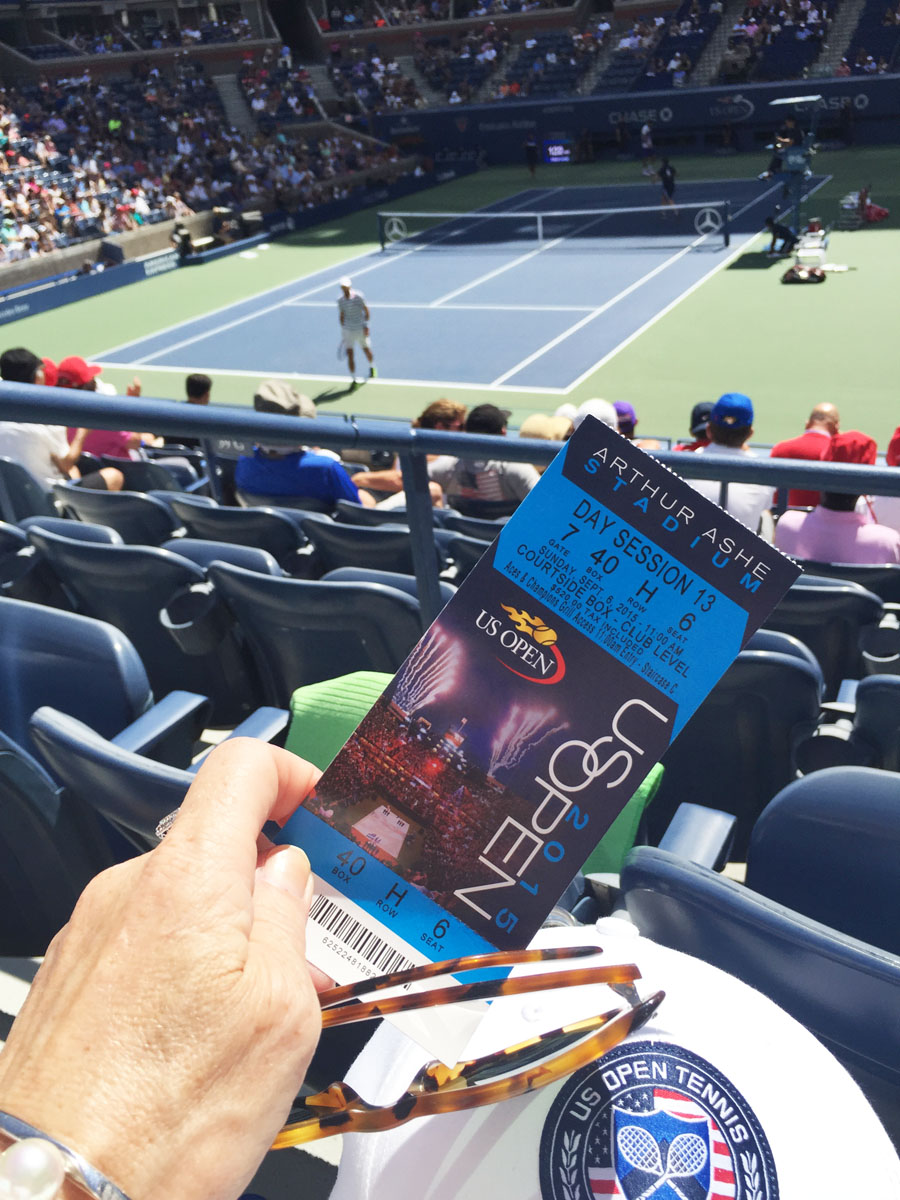 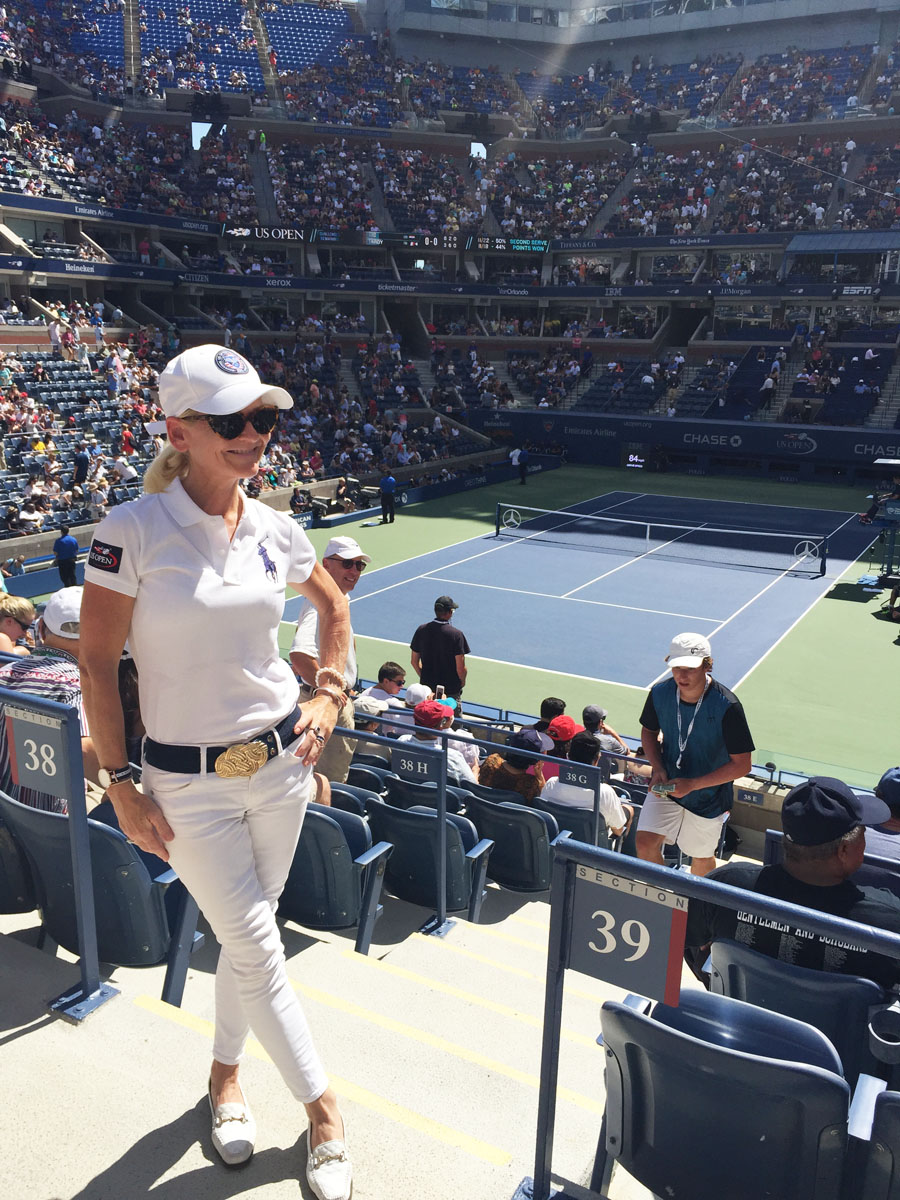 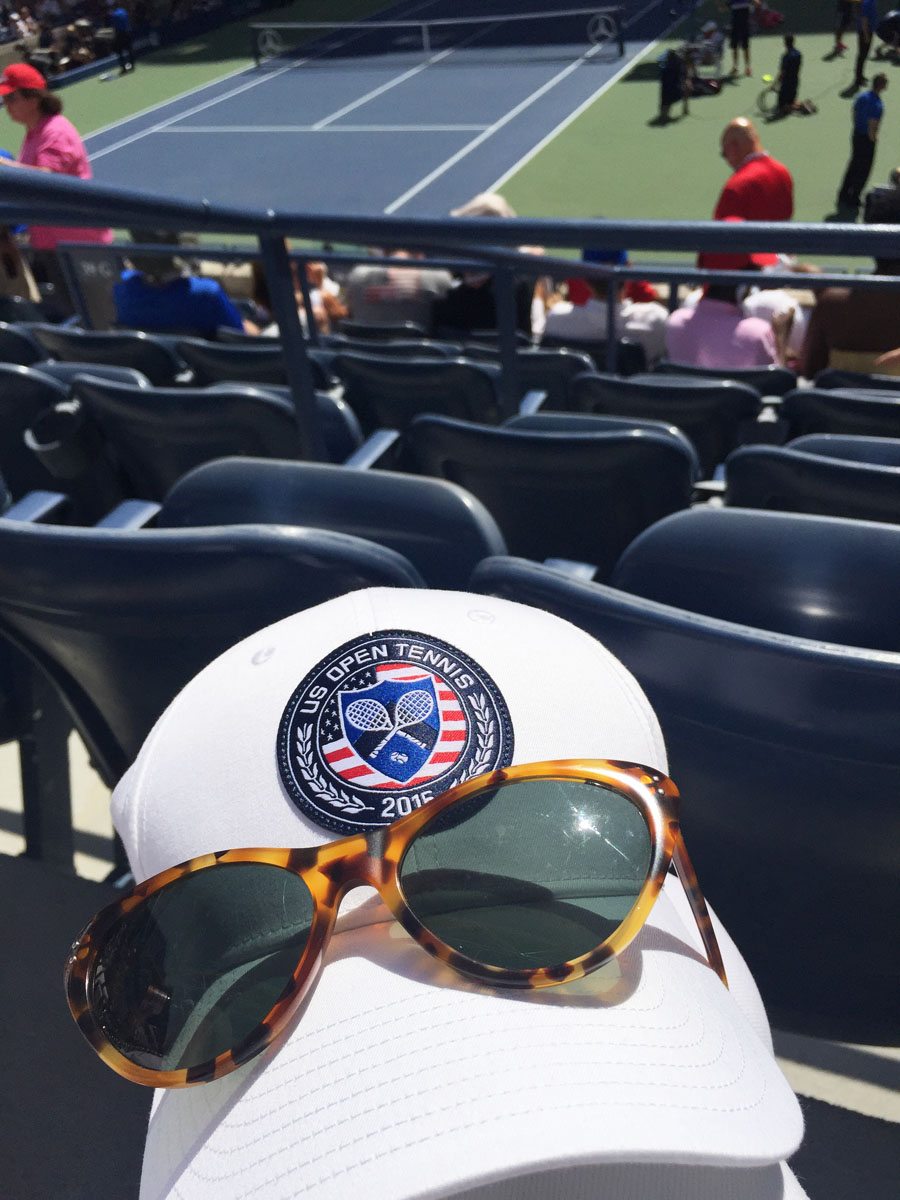