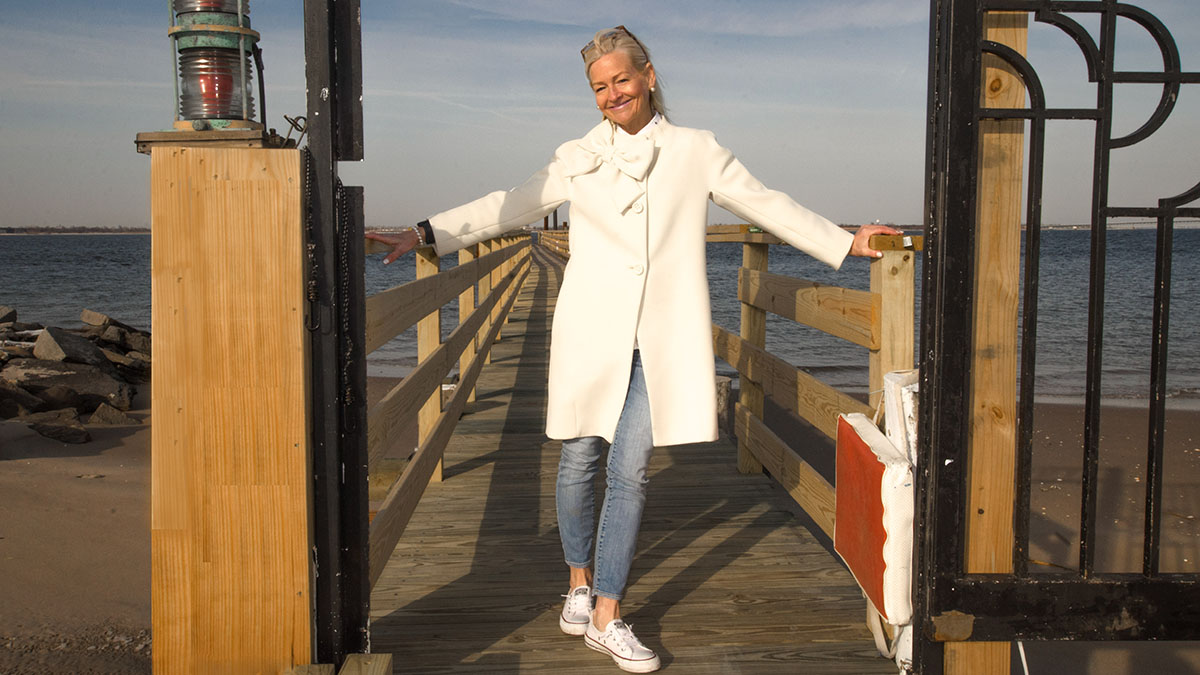 Sitting on the dock of a bay, wearing a white coat and white sneakers after Labor Day? Oh, the nerve, really. Elegant women should never, not ever wear white after the summers end, or so the legend goes. Well, a fashionable friend, Coco Chanel bucked that trendy tale, which begins with a “no white after labor day” statute that was set by high society super rich snobby millionaires over 100 years ago.

And while no one is completely sure exactly when or why this fashion statute came into effect, it is written that it had to do with snobbery in the late 1800s and early 1900s. After the Civil War, and during the whole Gilded Age gaudiness, wearing white became a symbol of the affluent. The wealthy establishment, these vacant vacationers considered wearing white a way to distinguish themselves from little laborers – the less fortunate factory workers who didn’t get to go on vacation, period. The rich sat on their trust fund perches and watched as the poor folk sweated it out in the hot sun in dark suits so as to stay cool and not stain their own precious whites while working, perhaps for those same well-to-do rulers. The cheeky women (it’s always the girls, right?) who were already “in the know” felt it their duty – paramount to creating a few fashionista rules (a modern day ‘mean girls club,’ for lack of a better, contemporary comparison.) Not wearing white outside, after the proposed September stoppage, was another one of these silly decrees. Basically If you weren’t in the know, and you wore white after Labor Day, everyone would know. Mon Dieu, oh, how horrible!

White was for celebrations, weddings and resort wear, not for cocktail parties in the fall. The start of The Great Depression was a game changer and began a societal shift in thinking and in dress – those pristine rules eventually went by the wayside with the birth of the middle class. Now, of course, anything goes and while wearing white whenever, may still raise a few old fashioned eyebrows, it certainly wasn’t me that coined the term ‘winter white.’ The most famous white wearer year round is the author Tom Wolfe, who as he remembers, became hot and bothered by a white silk twill suit he once ordered by mail one summer, so he saved it and wore it that winter. He said “It created such resentment, I loved it.” And so he adopted his ‘all white look’ as a snub to those who always had more to say than he.

I adore the color white, and I will always fall for a crisp white Carolina Herrera dotted blouse, a winter white “Dorothy Coat” embellished with a big white bow by Kate Spade and a pair of white Converse shoreline slip ons and a pearl or two, just to dress it up. 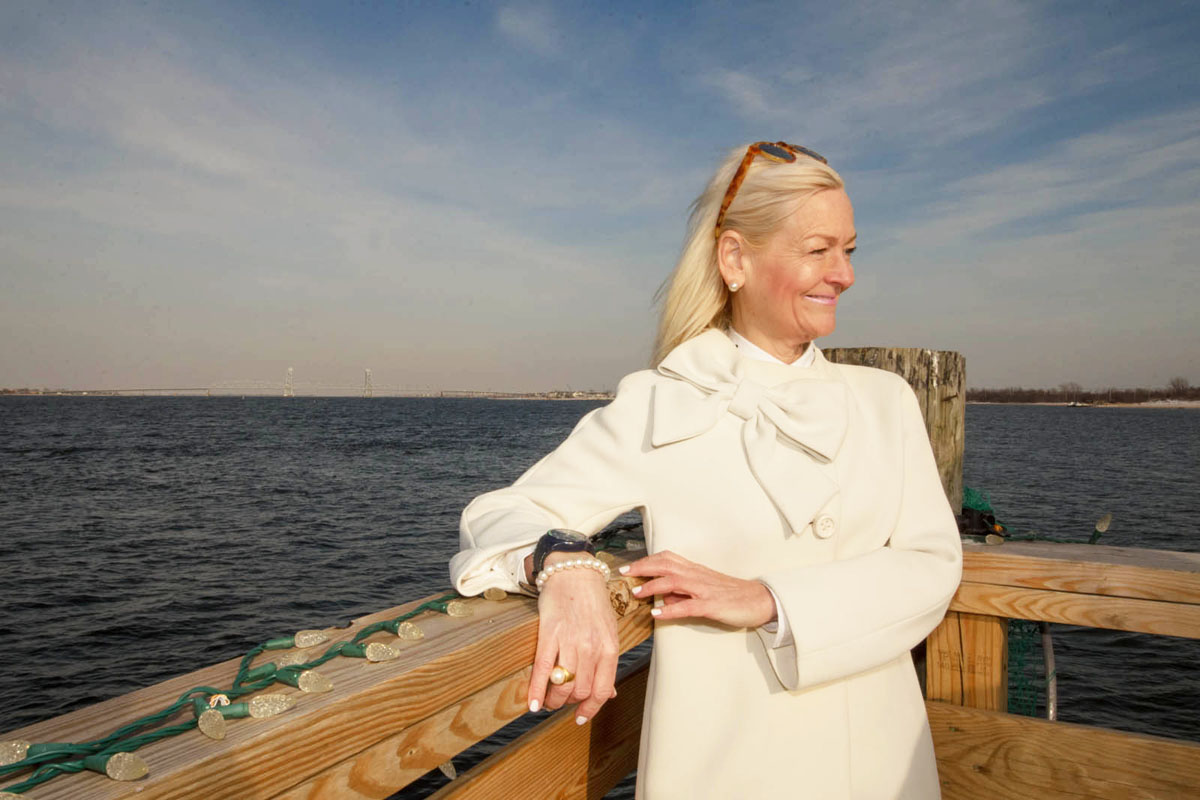 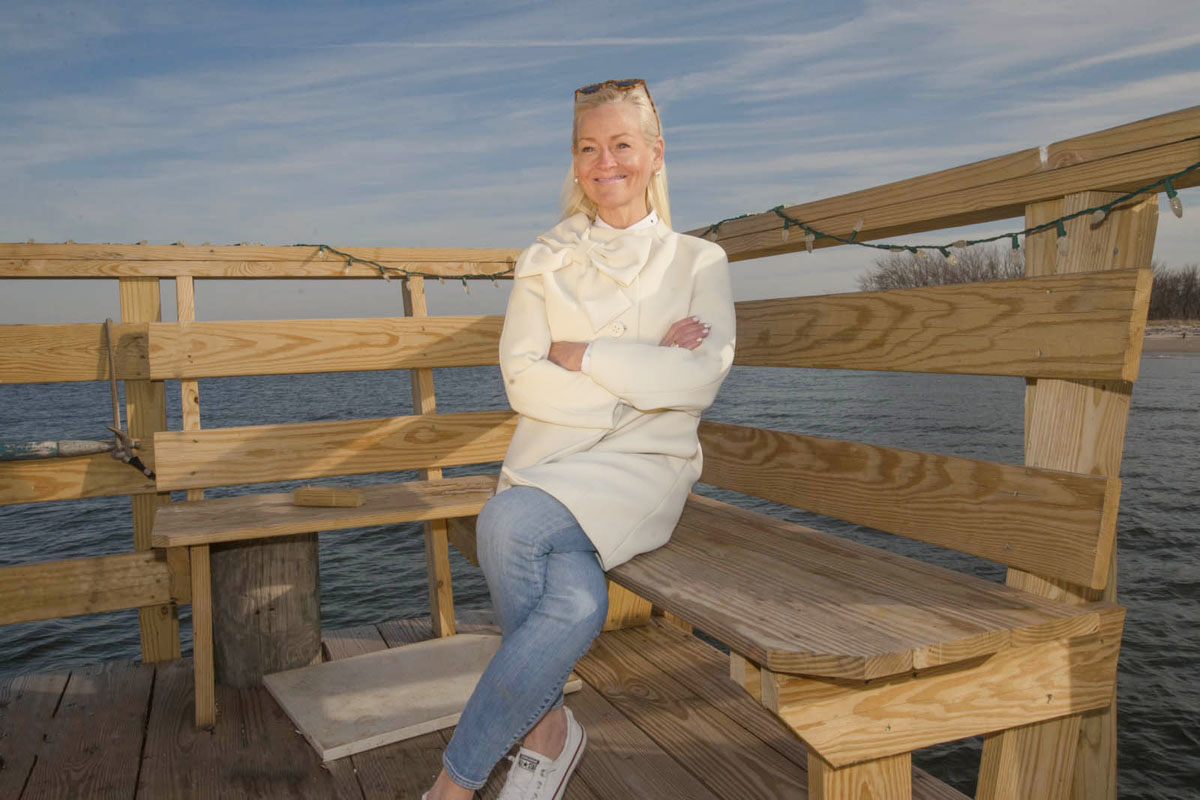 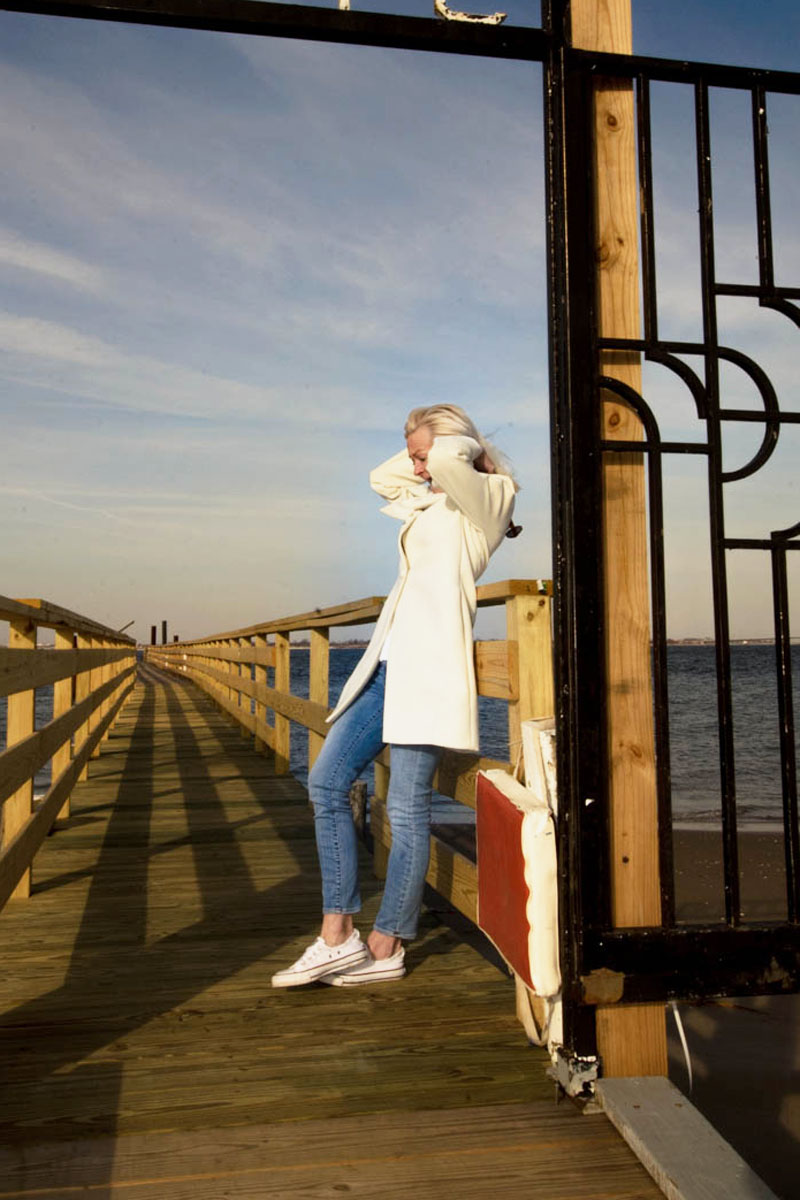